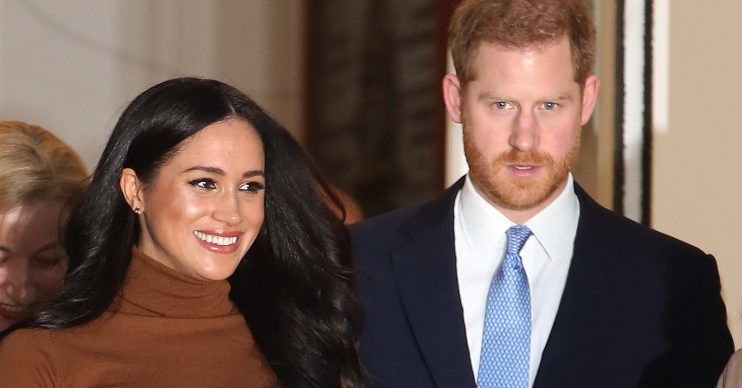 New details have emerged about the reason behind the Duke and Duchess of Sussex‘s decision to step down as senior members of the royal family.

Sources now claim that becoming parents to baby Archie last year was the “catalyst” behind the couple’s decision.

It’s reported that Prince Harry – who once said he was royal “by accident of birth” – doesn’t want his children to suffer the same upbringing he had.

He is said to want to protect his family from huge public scrutiny.

Royal biographer Duncan Larcombe told Closer: “From the moment Harry held his son in his arms, it dawned on him that he had to act on how he’d been feeling for so long, and to make a change.”

He added: “The memories Harry has of his own life – the realisation of what he’s been born into, what expectations were on him and how his life was all mapped out in advance – is simply a life he doesn’t want for Archie, and he couldn’t bear for him to go through the same heartache.”

While some children dream of one day becoming a prince or princess, a young Prince Harry wished he could just be a normal little boy. It’s tragic.

Duncan also said that is the reason why the couple haven’t “flaunted him” in front of the cameras at events such as his christening – which was a private affair.

He continued: “He’s always had this anger towards the institution – not his family, but the institution. While some children dream of one day becoming a prince or princess, a young Prince Harry wished he could just be a normal little boy. It’s tragic.”

Sources also told New! that Meghan and her desire to protect Archie was behind the couple’s shock “Megxit” split from the royal family.

One claimed: “Meghan was behind the shock move and told Harry she couldn’t live in the goldfish bowl of the royal family any longer.”

They added: “She said she couldn’t bear to watch Archie grow up in the glare of the spotlight and suffer like Harry did. Harry felt torn but had to support his wife – admitting he’s been wracked with guilt at what Meghan’s endured since giving up her life for him.”

The source also revealed that Meghan used their trip to Canada over the festive period as a “recce” for their new life.

“She used their Christmas trip as a recce to start preparing their new life – looking at schools, areas to live and even a couple of potential mansions to buy, in order to make the move go as smoothly as possible,” they claimed.

Head to our Facebook page @EntertainmentDailyFix and let us know what you think of our family.