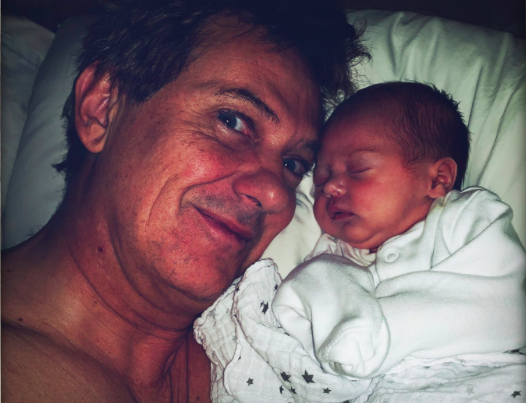 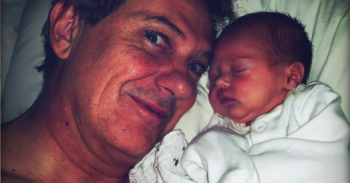 New dad has been in hospital

The TV presenter, who recently became a dad for the first time at 53, told fans he had “good news and bad news” to share regarding abnormal growths on his bowel.

In a post to his 57,900 Twitter followers, he revealed he’d had to have two “dodgy polyps” removed.

Fans were quick to send their best wishes to the new dad, with one saying: “So pleased – been thinking of you – I’m about to lose a friend to bowel cancer and your openness about the screening (make your own joke) might help others not to go through the same thing.”

Another said: “As long as you’re getting seen to, your daughter needs her Daddy.”

When one asked how he’d spotted the signals, Matthew directed him to the Cancer Research UK page regarding possible symptoms of bowel cancer.

These can include bleeding from the rectum or finding blood in poo, a change in your normal bowel habit or losing weight and experiencing pain.

Another replied: “I had two but my brother-in-law had nine. No big deal.”

But Matthew was quick to put him right, explaining his father had died of the same cancer.

Matthew had previously informed the Twitter world that he’d had to go in for tests, and shared a photo of himself in hospital scrubs looking worried.

He explained: “Sadly have to return as there was a problem with the test and they want to ‘do me’ again this time under anaesthetic.”

He joked about wearing dignity shorts for the procedure – disposable shorts designed especially for operations.

Matthew has previously backed a campaign to start bowel cancer screening at 50 instead of 60.

At the time, he recollected the premature death of his own dad, and the anger he felt that his symptoms weren’t taken seriously.

He said: “Two years down the line I realised I was still quite angry but that it wasn’t making me any happier, and it wasn’t doing anyone else any good either.”

It was then he turned his attention to raising awareness.

Do you think celebrities help to raise awareness? Leave us a comment on our Facebook page @EntertainmentDailyFix and let us know what you think!