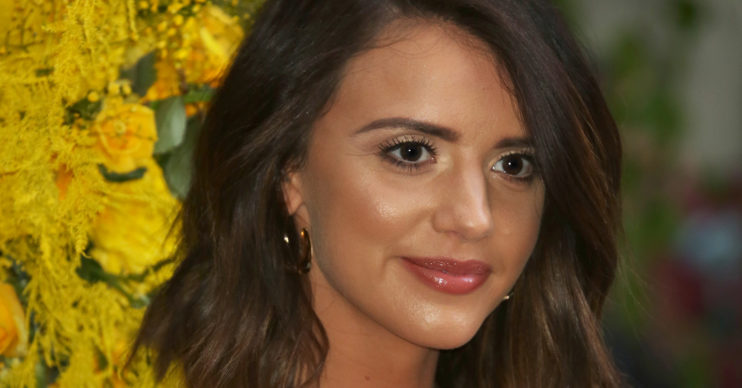 The former TOWIE star was 'mum shamed' on social media.

Former reality star Lucy Mecklenburgh has hit back at online criticism over her parenting skills.

And after posting a photo of her enjoying a glass of red wine, she received some negative backlash.

One user sent her a private message that advised her not to drink alcohol while breastfeeding.

Having none of it, Lucy snapped a screenshot and shared it to her some 1.6 million Instagram followers.

The original message reads: “You really shouldn’t be drinking red wine then breastfeeding your child.”

Read more: Harry and Meghan ‘didn’t expect things to turn out the way they did’

And above Lucy adds her response: “Here we go! I had half a glass of red wine and had already expressed his next feed anyway!!! Bore off!

“Focus on your own life.”

This isn’t the first time she’s spoken out against online backlash over her parenting decisions.

Just a few days ago she took to her Instagram stories to reveal that she has been criticised for vaccinating her baby.

She first shared a clip of Dr Hilary on ITV’s This Morning emphasising the importance of vaccinations.

“It’s about perception of risk”

He said: “It’s about perception of risk. People have forgotten how damaging Polio was, Rabies, Diphtheria, whooping cough.

“They used to kill thousands and thousands of children. We’ve become complacent because we don’t see that as a risk anymore.”

Lucy then added she shared this clip because: “I thought this was important to share as I have had lots of DM’s from mums worried about taking their baby for immunisations.

“Also many attacking me for choosing to vaccinate Roman. This shows you how important they really are! Thank you @drhilaryjones.”

So far Lucy and Ryan have been forced to raise their newborn in lockdown and under self-isolating conditions.

The pair, who became engaged last summer, have spoken out about the various challenges they’ve faced.

Ryan admitted to Fabulous magazine that it had been an “intense” period.

He said: “We have our good days and our bad days but we are coping.

“I think the hardest thing is not being able to see our families – my little son not seeing my brothers and my nieces and nephews, that’s quite an important thing to do when you have a little newborn baby, but that’s been taken away from us.

“Being a ‘celebrity’ means nothing when you are going through this, it’s no difference to me and the person next to me – it is daunting and it is intense.”

What do you think of Lucy’s claims? Share your thoughts with us on our Facebook page @EntertainmentDailyFix.