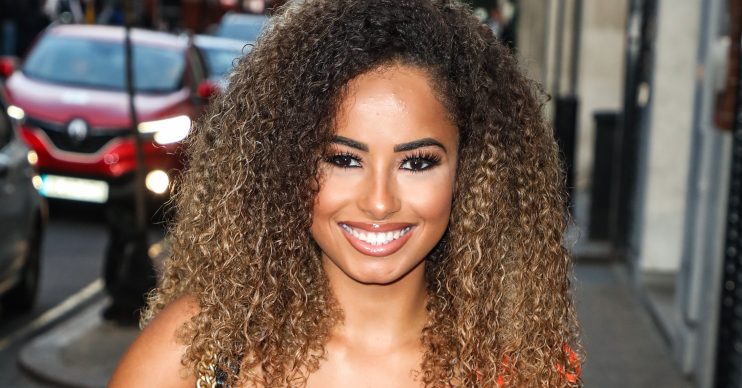 Amber Gill has been on a rollercoaster since she won Love Island this summer.

The 22-year-old won the hearts of the nation thanks to her down-to-earth personality and eye-catching curly hair.

But now Amber has stunned fans with a hair makeover that has dispensed with her curly locks.

Amber, who won the dating competition after hooking up with Greg O’Shea, launched her clothing line with Miss Pap.

In a star-studded launch, Amber debuted her new look then took to Instagram to show her followers.

Read more: Amber Gill has confirmed that Greg O’Shea has broke up with her via text

“The beginning of my hair journey. Thank you @dollhouselondon_ Thank you for always slaying my makeup @makeupbymikey.”

Winner of The Apprentice in 2018, Sian Gabbidon, commented: “OMGGGG… LOVE.”

For everyone asking, here’s a pic of Amber with straight hair… you’re welcome! I honestly think she’s the double of @sarahmjeffery3 ❤️ #LoveIsland #Amber pic.twitter.com/q6FbMn388B

This isn’t the first time fans have been shocked by Amber’s straight hair.

While she was in the Love Island villa, Amber’s official Twitter account, which was run by her pal Mart Tweedy while she was away, left fans divided with a snap showing the star with her normally curly locks straightened.

Fans weren’t so sure they liked the look, with many admitting that while Amber still looked stunning, they preferred the curls.

One said: “So pretty – but I love her curls more…”