Michael and Amber have enjoyed a steady coupling so far in Love Island.

But a new GIF posted by the show onto Twitter suggests that his head might have been turned by new arrival Joanna Chimonides.

A little something to keep you going until Sunday. 💋😱👀 #LoveIsland pic.twitter.com/zzuqjrKt1w

With the confirmation and introduction of Casa Amor only days ago, Amber has been sent into the second villa with the rest of the girls.

That leaves Michael on the outside, and plenty of new arrivals to turn his head.

With the caption, "A little something to keep you going until Sunday," followed by a kissing lips, ghost face and eyes emojiis, fans were up in arms at the first clip - Michael kissing new girl Joanna's neck. 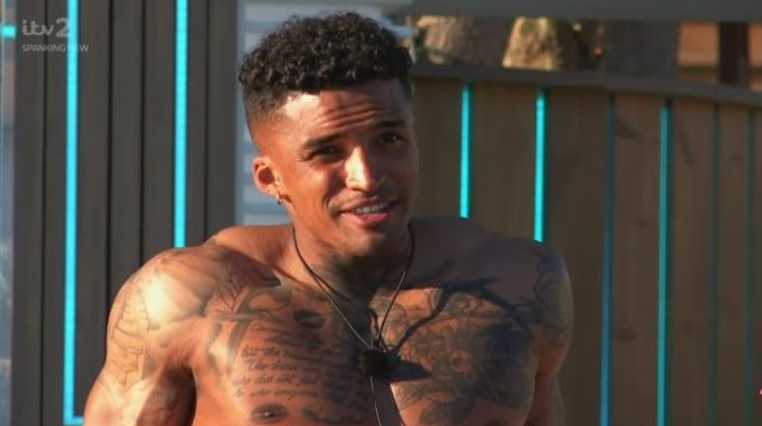 Michael has been coupled with Amber (Credit: ITV)

Not surprsingly, the images of Michael kissing Joanna's neck threw fans for a loop and they took to Twitter to express their shock and horror.

Not fair on Amber. She will be gutted to see this.

While another said: "Not fair on Amber. She will be gutted to see this."

Fans also asked whether this was a careful piece of editing and Michael and Joanna were taking on one of the show's infamous challenges.

The producers editing the clip of Michael to send to Amber in Casa Amor #LoveIsland pic.twitter.com/cWv20U3lIu

"I hope that Michael kissing that girl's neck is just part of a game and that he wouldn't cheat on Amber," said one.

"OMG ITS A CHALLENGE MICHAEL WOULDNT DO THAT TO AMBER," another hoped.

A third said: "Michaels is a set up it’s a game he’s not gonna sway I’m not having it in Michael I trust."

Others are hoping the couple won't break up.

If these new girls break up michael and amber i’ll refuse to watch it ever again :( #LoveIsland