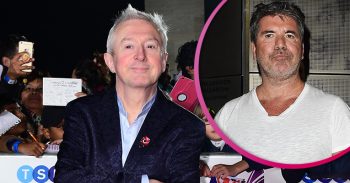 Louis Walsh in talks to return to The X Factor

Maybe not when Simon sees his comment about his face!

Louis Walsh is a bit like a cat with nine lives where The X Factor is concerned… he’s in talks to return AGAIN!

The 66-year-old TV star – who is a former judge on the ITV show – has revealed he’s spoken with Simon Cowell about a potential return.

And he’s hopeful Sharon Osbourne will also make a comeback to the programme.

Asked about the possibility of returning to The X Factor, Louis confessed: “I’m speaking to Simon. Let’s see.”

The entertainment manager subsequently admitted he’d love to see Sharon make a dramatic return to the show, too.

He told the Sunday Mirror newspaper: “Sharon would be great. She’s burnt a few bridges, but that’s what’s good about her – she has an opinion.

Sharon’s hopes of returning to the show appeared to end in 2018, when she said she’d “put a [bleep] brick” around Simon’s neck and then “throw him over”.

However, Louis is confident that Simon and Sharon – who previously starred together on the talent show – can rebuild their professional relationship.

He explained: “She was only joking. It was all panto talk. They will make up. I’m going to mediate between them. I’ll do anything necessary.”

Louis also hailed Simon, explaining that fame and success hasn’t changed him as a man.

Louis said: “He’s never changed. Only thing that has is his face.” Me-ow!

Would you like to see Louis and Sharon return? Let us know what you think on our Facebook page @EntertainmentDailyFix.