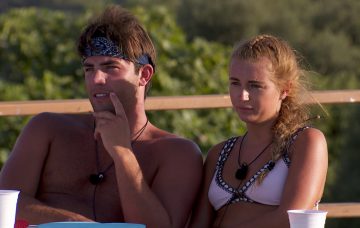 The reported axe comes in light of several tragic losses

In the wake of two Love Island stars and a Jeremy Kyle guest taking their own lives, Love Island has reportedly axed their infamous lie detector test.

However, the sex scenes will remain, but according to a source in The Daily Mail, ‘only when it follows the narrative of the couple’s story’

A source revealed to The Sun that meetings were held at ITV regarding Love Island’s future in the aftermath of the tragic suicides of former contestants Sophie Gradon, 32, and Mike Thalassitis, 26.

“A series of top-level meetings have been held over the past few weeks with regard to safety measures and duty of care procedures.

“One of the issues raised was the lie detector. The feeling was, in the wake of the Jeremy Kyle case, bosses must be whiter than white — they cannot mess with people’s emotions,” the source revealed.

The source continued to explain that the lie detectors were only ever basic, and hadn’t been officially approved:

“The test they used last year was very basic — one not approved by the British Polygraph ­Association.

“While nothing is set in stone and ideas change on an almost daily basis, at the moment there are no plans to bring the ­polygraphs back.”

The same report stated that the latest Love Island contestants, who will be on our screens from June 3, will receive extensive after care.

This will include 8 counselling sessions each, lessons on money management and social media, and continual contact from ITV for up to 14 months after this year’s series ends.

Love Island came into controversy last year when Dani Dyer was left in tears after her then love Jack Fincham failed a lie detector test on the show.

And Jeremy Kyle guest Steve Dymond, 63, is believed to have taken his own life after failing a lie detector test on the show over cheating allegations.

Samaritans (116 123) operates a 24-hour service available every day of the year. If you prefer to write down how you’re feeling, or if you’re worried about being overheard on the phone, you can email Samaritans at jo@samaritans.org

What do you think of a lie detector axe? Let us know what you think on our Facebook page @EntertainmentDailyFix.