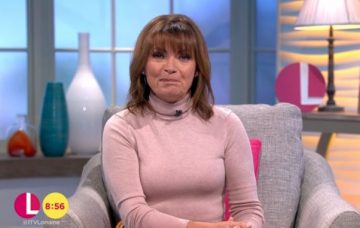 Glad to have you back, Lorraine!

Lorraine Kelly was back to work on Wednesday after skipping Tuesday’s episode of her show because of a nasty illness.

The 58-year-old was welcomed back to the air by the Good Morning Britain team, when they checked in with the Lorraine studio mid-way through their own broadcast.

Susanna Reid said: “Lorraine, you took the day off which is historically unheard of!”

Lorraine said she was “feeling a lot better” but Piers Morgan then interrupted to say he was LOVING her husky new voice.

Lorraine laughed and replied: “I’m a lot better. I was dying yesterday. It was hideous. You know I always come into my work. I have that sort of work ethic.”

But Piers quickly changed the subject back to Lorraine’s voice, saying: “I love the new husky Lorraine! The barritone Lorraine!”

Lorraine later opened her show by thanking Kate Garraway for stepping in on Tuesday at the last minute.

Viewers who tuned into the ITV show yesterday expecting to see Lorraine  were instead treated to the sight of Kate, 50, perched on Lorraine’s sofa.

GMB’s Susanna told viewers: “Instead of Lorraine this morning, you have a special treat of Kate Garraway!”

Piers  then asked: “How did this happen?”

Kate laughed as she replied: “I was in bed about 20 minutes ago! I have absolutely no idea what’s in the show but shall we find out together?”

Kate read out a list of the show’s segments including one about three quarters of the population struggling to get a good night’s sleep.

“How ironic!” she quipped.

Susanna then asked her: “Did you suggest doing it live from your bedroom this morning when you got the last minute call, Kate?”

Kate replied: “You know what, it would have been a good thought as I was very confused about why they were ringing me! But it’s brilliant, isn’t it?”

Read more: Katie Price freaks out after finding something creepy in her house

When Kate later kicked off Lorraine’s show, she told viewers: “Good morning! I’m Kate Garraway, standing in for Lorraine who’s feeling a bit poorly. She’s been struck down by the lurgy this morning so I’m here instead. 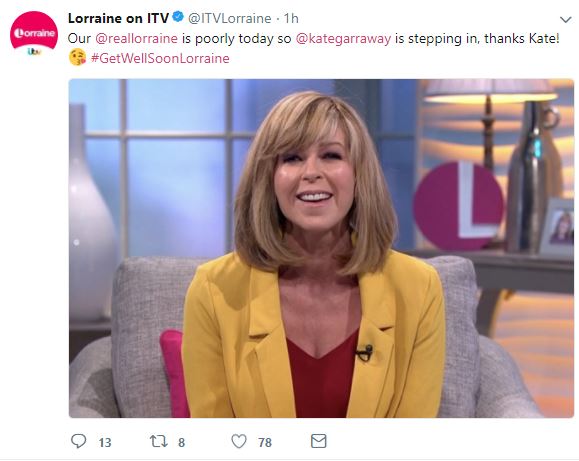 A tweet sent from the official Lorraine account added: “Our Lorraine is poorly today so Kate Garraway is stepping in, thanks Kate! #GetWellSoonLorraine.”

Many viewers sent get well soon messages to Lorraine and praised Kate for being a great stand-in. 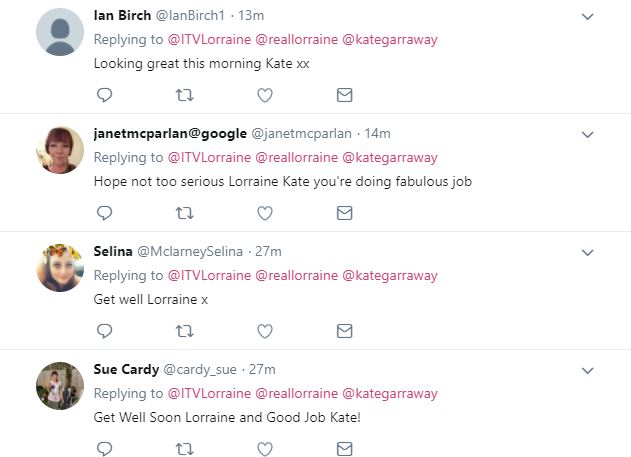 Glad to have you back, Lorraine!