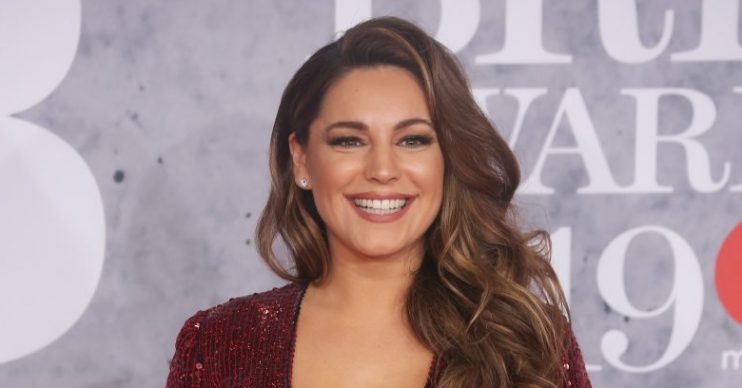 Kelly showed off her brother in an Instagram tribute

Kelly Brook has sent her Instagram followers into a bit of a tizzy, and it’s all thanks to her handsome brother.

The 39-year-old television personality shared a series of snaps of her younger brother, Damian, on his 38th birthday.

The first picture shows Damian striking a sultry pose at London’s ultra swanky Ritz Hotel – with a cocktail in hand.

And the others include with cuddling with lambs, posing before the Eiffel Tower with his partner and enjoying a cycle ride with Kelly and her French boyfriend Jeremy Parisi, and also showing off his six-pack poolside next to Jeremy.

Kelly captioned the touching photo tribute with: “Happy birthday to the best brother in the world!!! We love you.”

But it seems her fans were more distracted by Damian’s good looks than Kelly’s sweet sentiments.

Her fans flooded to the post’s comments to write their approval of her hunky sibling.

Another Day in the Office 🤓 @thisisheart

A second joked: “My ovaries are screaming.”

A third chimed in with: “Bloody hell, where has he been all my life?”

And a fourth showed their appreciation with: “Handsome chap!”

And a fifth admired her family’s gene pool by writing: “The gorgeous genes run strong in your family, HBD to your brother!!”

Not much is known about Damian, but he is believed to be a personal trainer and runs a fitness training company.

Meanwhile, Kelly grabbed headlines earlier this week when she defended glamour modelling, and said she sees it as a form of feminism.

Speaking during her Heart FM Radio hosting gig she said: “Feminism is about being who you want to be and having choices.

“If that choice is to be a glamour model, that’s empowering because it’s your decision. That’s the whole point of feminism.”

Did you enjoy the snaps of Kelly’s brother? Tell us what you think on our Facebook page @EntertainmentDailyFix.