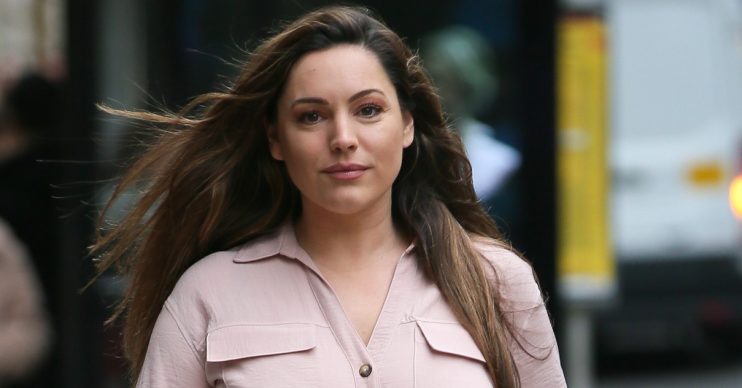 Police are investigating the break in

The 40-year-old TV star and model had her home broken into by a robber who made off with electronic items and jewellery on Tuesday (February 11) evening, according to MailOnline.

Kelly, 40, is believed to have disturbed the alleged intruder when she returned home from presenting her Heart FM radio show, and police were called to the property between 7 and 8pm.

Read more: Meghan reveals her demands for Valentine’s Day and Prince Harry will have to be on his game

A neighbour of the star told MailOnline: “Kelly was burgled last night. Police spoke to me and wanted to know if I had any further information.”

Whilst a source added: “Kelly has been left really shaken up by the burglary.

Kelly has been left really shaken up by the burglary.

“Police were called between 7pm and 8pm on Tuesday but the thief had managed to escape before they arrived at the property.

“They did get away with some electronic items and jewellery but it’s more the fear of someone being at her home which has upset Kelly.”

And an insider close to Kelly explained: “We think she may have returned home after her slot on Heart FM and disturbed the burglar while he was still in her house.

“He managed to escape I am told with electronic items and some jewellery. Understandably she has been left terribly shocked by this.”

Metropolitan Police are currently investigating the break in, and a spokesman for Scotland Yard said no arrests have been made yet.

The spokesman said: “Police were called at around 7.35pm on Tuesday February 11 to a report of a burglary at an address in London.

“There was no report of injury. Officers attended the location and have begun an investigation. There has been no arrest at this early stage.”

Ent Daily has contacted reps for Kelly for comment.

Kelly hosts the three-hour Heart Drivetime show with her co-host Jason King – known as JK – every weekday between 4pm and 7pm, which is when the alleged burglary is believed to have happened.

Last month, Kelly revealed Heart Radio added a delay to broadcasts because she and Amanda Holden swear too much.

Kelly said when she first stepped in on Amanda and Jamie Theakston’s breakfast show, producers had to delay it because of the risk she would accidentally swear.

She told new! magazine: “I sometimes cover for Amanda Holden and Jamie Theakston on Heart.

“I’d never done radio before Heart, so when I started I’d come out with stuff and my co-hosts would look at me and go, ‘I can’t believe she just said that!'”

She added: “We’ve had to have a dump button put in. Since Amanda and I joined there’s a delay. They never had that before. It’s in case one of us swears!”