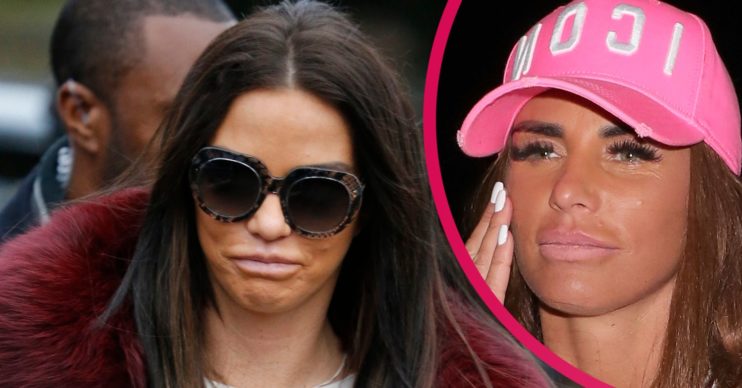 Months after the death of their Alsatian, Sparkle

Katie Price’s new puppy has reportedly died in an accident just months after the family lost their Alsatian.

Speaking to The Sun, the source said: “Rolo was found dead by Harvey’s carer and they had to phone Katie to break the news.

“Katie is devastated and heartbroken and had to call Princess and break the news. Everyone’s in floods of tears.

Read more: Katie Price reveals her dog Sparkle has died after being hit by car

“It was a tragic accident nobody could have foreseen – it’s no-one’s fault, but Katie can’t stop crying.”

In February, Katie revealed a car hit and killed her Alsatian Sparkle her home.

The mum-of-five revealed a car hit the Alsatian after it ran out onto a busy road. According to The Sun, it’s where her horse was killed in 2017.

It was a tragic accident nobody could have foreseen.

Sharing the sad news on Instagram, Katie admitted she doesn’t know how her pooch escaped from her home.

She explained: “Hey guys, really [expletive] off this morning. I’ve just woken up to realise that one of my dogs has been killed on the road.

“I’ve just checked with the neighbours and everything seems to be how it was when they left the dogs so I don’t know how they escaped but yeah, one of my Alsatians has been hit and killed.

“I was away last night with my PA and I left my neighbours to feed the dogs because that’s what they do when I’m not there.

“Obviously something has happened in the night.”

Last year, police found Katie’s German Shepherd pup Bear, after he escaped her country mansion, by the busy A24 road in Sussex.