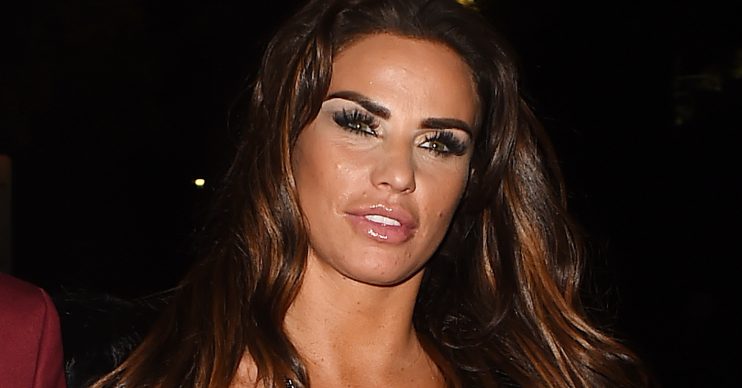 With a colourful career, five kids and a personal trainer boyfriend, you’d think that Katie Price would be satisfied with her lot.

However, in a report published by The Sun Online, it’s suggested that the former glamour model, 41, is going through inner turmoil.

The story claims that Katie, 41, is ‘obsessed’ with looking younger as she feels like she’s ‘in competition’ with younger women who are interested in her toyboy fella, Kris Boyson, 31.

And it’s even alleged that Katie would like to bag herself a ‘sugar daddy’ who can support her financially.

Katie has just returned from Turkey, where she reportedly had her second face and eye lift of the year, along with a boob reduction and a bum lift reversal.

And an ‘insider’ told The Sun Online: “Katie’s struggling to accept she’s getting older.

“Kris is younger than her and she’s trying to keep up with him. He’s been getting a lot of female attention since being with Katie, and she feels like she’s in competition.”

The insider suggested that the mum-of-five is ultimately looking for an older man who can look after her financially.

They continued: “She’s looking for her sugar daddy, but believes to get that she has to look as young as possible.”

The same website reported yesterday that two of Katie’s kids, Bunny, five, and Jett, four, cried after seeing their mum return from Turkey after her latest appointment with the surgeon.

A source claimed: “Bunny and Jett thought something awful had happened to their mum as she was covered in blood and they could see the fresh scars.

And an insider added: “Jett and Bunny are too young to really understand what their mum is doing to her body.”

If The Sun Online’s story is true, we’re not sure why Katie would be worried about Kris’s feelings towards her.

For her 40th birthday last year, the fitness hunk bought her 40 red roses. And Katie told Loose Women in July that Kris had popped the question.

The former model, who’s still technically married to Kieran Hayler, revealed: “Kris bought the ring for that finger – so there you go, I’ve got love in my life.”

Entertainment Daily has invited Katie’s representatives to comment on this report.