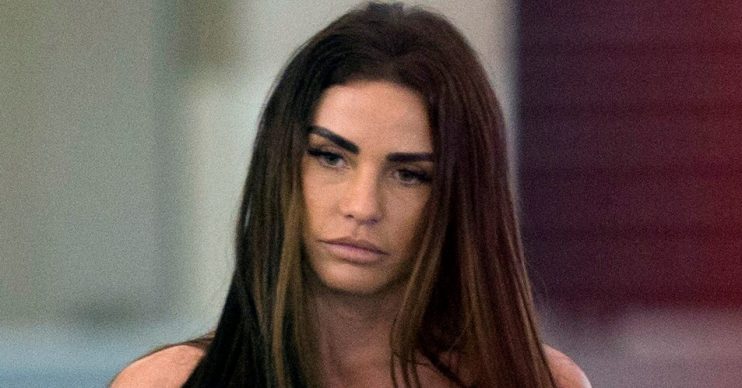 She recently went under the knife again

It comes as Katie, 41, flew out to Turkey for a second round of surgery in months.

The former glamour model reportedly had her Brazilian butt lift reversed, a breast reduction and her face lift tightened.

A source told new! magazine: “Katie could barely speak after her surgery, but when she did manage a few words she seemed totally beside herself.

“It’s clear she’s regretting her decision already. With the amount of pain she’s in, even she realises she’s gone too far this time.”

Katie was pictured with her face stretched and covered in bloodied bandages after her latest procedures abroad. In April, she reportedly had a butt lift, liposuction and a face lift in Turkey.

So pleased with my results from @comfortzonesurgeryofficial truly professional really looked after me before and after the surgery . Remember problems with surgery can happen in any country inc UK America Turkey lots of others too so always remember we are individuals and always risks with any surgery and make sure you look into all the places you go 😇 Photo Copyright © @backgriduk

Read more: Katie Price’s family ‘want her to go back to rehab for surgery addiction’

A top cosmetic surgeon recently warned the mum-of-five that she runs the risk of ruining her looks for good.

Dr Aamer Khan advised Katie to stop going under the knife and voiced his concern for her wellbeing.

Meanwhile, Katie’s children are said to be upset over their mum’s appearance after she returned home with her face bruised and wrapped in gauze.

Her youngest kids with ex Kieran Hayler, Jett, six, and Bunny, five, are allegedly confused about their mum’s post-surgery look.

A source told Sun Online: “Bunny and Jett thought something awful had happened to their mum as she was covered in blood and they could see the fresh scars.

Katie has admitted she won’t stop having surgery as she is always on a quest to look “perfect”.

She told The Mirror’s We Love TV magazine: “I love seeing results after surgery and I will always want to change something else. Doesn’t everyone? I love it!”

When asked if she will ever stop having work done, she said: “No! Haha.

“I am trying my best to enjoy being the best version of myself. I just always want to be perfect.”