Katie Price is still recovering from her recent round of cosmetic surgery.

And is apparently still in so much pain, that she missed her son Jett's sixth birthday on Monday.

The 41-year-old former glamour model, has just undergone her second facelift in the last twelve months.

She also reportedly underwent a breast augmentation reduction and liposuction.

A source revealed to The Sun that the recovery process is proving so brutal, that she is unable to do much with her young children:

"Katie’s still in a lot of pain and can’t lift the kids up, let alone run around after them.

“There’s no way she could have thrown Jett a party or even got out of bed," the source told the paper. 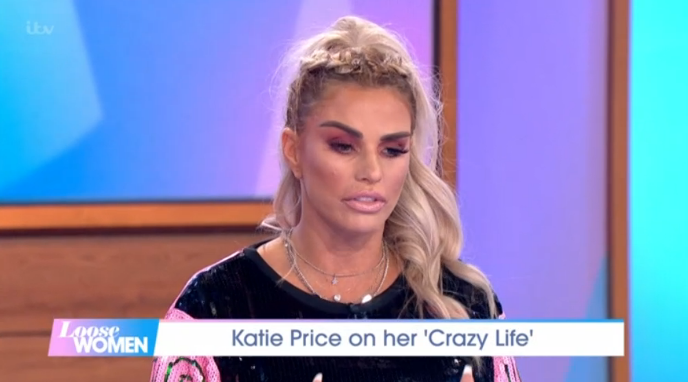 Katie Price has gone under the knife multiple times in the last year. (Credit: ITV)

And rather ironically, Katie confessed she didn't remember which year Jett was born in a recent episode of her fly-on-the-wall reality series, My Crazy Life.

While discussing who was having who over the holidays with her ex Kieran Hayler, she made the rather awkward confession:

"When’s their birthdays? Let me Google it"

Katie also didn't post a birthday message to Jett on social media, whereas Kieran posted this gushing tribute to their son:

"My little prince is 6 years old today!!!! This sensitive, kind, caring, gorgeous little boy is basically my mini me. I see so much of myself in everything he does. I love you my little best friend!!!!!"

My little prince is 6 years old today!!!! This sensitive, kind, caring, gorgeous little boy is basically my mini me. I see so much of myself in everything he does. I love you my little best friend!!!!! ❤️🌎

Pictures, also published in The Sun, have since emerged showing Katie swimming in Turkey with son Harvey - just days after she received the extensive surgeries.

In the rather gruesome snaps, large stitches can be seen on the side of her face and leading down to her ears.

She reportedly received the procedures for free, in exchange for promoting the cosmetic centre across social media.

Her fiancé, Kris Boyson also received a nose job from the same centre.