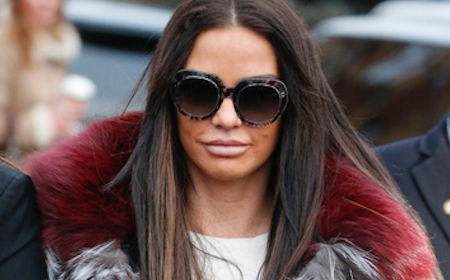 Onlookers felt 12-year-old was very "professional" in her approach

Reports claimed Princess and second eldest son Junior – whose dad is Peter Andre – were among those “hijacked at gun point” during the terrifying ordeal in which cash, jewellery, laptops and camera equipment worth tens of thousands of pounds were said to have been taken.

Katie, 41, told The Sun that Blade had been taken on to beef up her security – and make her nearest and dearest feel more at ease in their own home.

“I will feel safer and so will Princess as she still suffers from the hijack at gun point we had in South Africa when filming last year,” Katie was reported to have said.

But now Princess is getting involved with helping Blade’s development – and Katie’s Insta followers have been amazed by how effective the 12-year-old was during Blade’s second training session.

Seen directing Blade to lay down, keep close, sit and fetch on command in Katie’s huge garden, Princess looked calm and collected as she dished out instructions clearly and confidently.

“Yes Princess!! This is brilliant 😁,” commented one impressed onlooker.

And a fourth remarked on the clip: “Wow Princess is so good and professional at that.”

“Princess is doing amazingly well. He knows she’s boss which is good xx,” observed yet another follower.

And another person contributed: “Well done Princess! 👏👏 I can’t believe how tall she has gotten, she must be nearly your height @officialkatieprice.”

Perhaps Princess should consider trying out for One Girl and Her Dog?