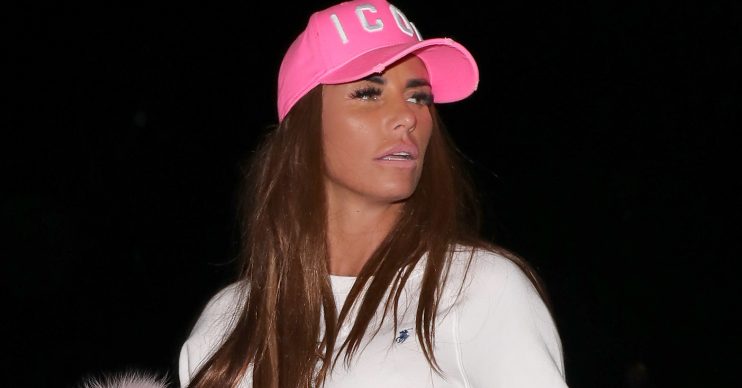 She's said to hate the fact Peter "looks like a saint"

The reality star, 41, is said to be gearing up to make a series of “explosive” revelations on her official YouTube channel.

According to reports, the mum-of-five – who shares 14-year-old son Junior and daughter Princess, 12, with the Mysterious Girl hitmaker – will also be going after ex Kieran Hayler.

She said in a recent interview on the radio, as reported by The Sun: “It will be explosive. They’re going to be named and shamed, I’m going to put people in their place. The Pricey is back and she is on fire.”

Katie is reportedly angry with Pete, who will have their kids with him this Christmas, and Kieran Hayler – father of her youngest kids, Jett, six, and Bunny, five – because both have moved on and appear to be happy.

A source quoted by Closer magazine said the star wants to know why her exes “get the chance to move on and be happy” while she faces bankruptcy and an on/off relationship with personal trainer Kris Boyson.

It will be explosive. They’re going to be named and shamed.

They told the publication: “She doesn’t see why they should get the chance to move on and be happy in their new lives, while she has been suffering all this time.

“She wants to expose them both for who they really are and wipe the smug smiles off their faces. She says she’ll sell all the private detail of their tumultuous times together and isn’t scared about getting sued, because she doesn’t have any more money left to give them.”

Read more: Bankrupt Katie Price tells friends she could be ‘homeless by Christmas’

Speaking further, the insider claimed Katie “hates” Pete in particular because he “still looks like a saint”, even though their court battle left her “struggling to pay the bills”.

But Katie blames both Peter and Kieran for her financial difficulties, the source claimed, adding that she’s now “all-out for revenge”.