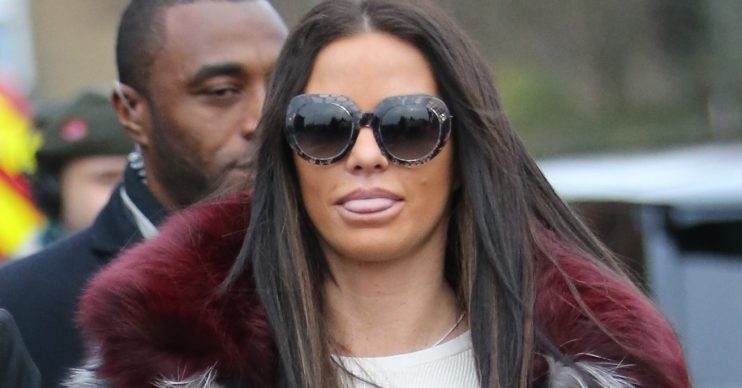 Bankrupt Katie Price tells friends she could be ‘homeless by Christmas’

And it's reported that she's blaming Pete…

After she was declared bankrupt yesterday (November 26), Katie Price has apparently told friends that she could be “homeless” by Christmas.

Katie was supposed to be paying her creditors £12,000 per month as part of am individual voluntary arrangement.

However, she failed to pay off the spiralling debts and, according to The Sun, has said that she could lose her £2m West Sussex home as a result.

A source said that Katie has “no idea” what’s going on, but that she is looking for somewhere to rent close to her so-called “mucky mansion”.

“She said to friends that she might be homeless by Christmas, but there’s nothing she can do about it now. She’s looking for somewhere to rent nearby,” they said.

She said to friends she might be homeless by Christmas, but there’s nothing she can do about it now. She’s looking for somewhere to rent.

The source added: “She’s joking that she’s saved herself ‘millions’ by going broke and at least people won’t be bothering her for money now everyone knows she’s got none.”

The paper also reports that she has admitted defeat over losing her home and has packed up her belongings.

It’s thought the house is now empty, while Katie was thought to be staying with on/off love Kris Boyson. Although they are now said to have split.

In an alleged “drunken rant” on a train ahead of being made bankrupt, Katie reportedly blamed her former husband Peter Andre for her money woes.

It was reported in The Sun that Katie was drinking “wine from a can” on a busy train travelling from Kings Cross to Ebbsfleet on Monday night.

She allegedly told commuters: “I’ve known it’s coming, going bankrupt, because I took him [Peter] to court. He’s the worst person ever.”

Ent Daily has contacted reps for Katie and Peter for a comment.

Head to our Facebook page @EntertaimmentDailyFix and let us know what you think of our story.