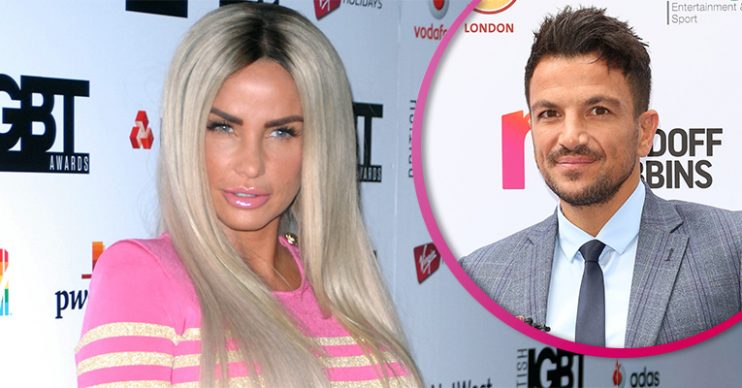 She tried to blag some furniture

Katie, who has two children with Peter, proved she’s remained on good terms with her first husband as she was quick to comment on one of his latest Instagram posts just hours later.

Peter had taken to his Instagram page earlier on Thursday to reveal he had surprised his wife Emily with some luxury garden furniture.

He shared a few snaps of their garden, completed with a new table, chairs and sunbeds, and said: “I’ve surprised Emily with all this furniture to make the most of this summer.

“She better be happy when she comes home. I’m buzzing for the ‘cold tub’ too. All before I head to stage for Grease tonight.”

One person who appeared impressed with the furniture was Katie, who commented: “I want some furniture from them x.”

Katie and Peter were married for four years, before divorcing in 2009.

I’ve surprised Emily with all this furniture to make the most of this summer. She better be happy when she comes home. I’m buzzing for the ‘cold tub’ too. All before I head to stage for Grease tonight @modafurnishings @euphoriasussex #summer #barbeque #grease

Despite still not finalising her divorce with Kieran yet, Katie has got engaged to personal trainer Kris.

Showing off her huge diamond ring on Loose Women, Katie said: “Kris bought the ring for that finger, so there you go, I’ve got luck in my life.”

Katie also said she would like to have more children and has even visited a fertility clinic.