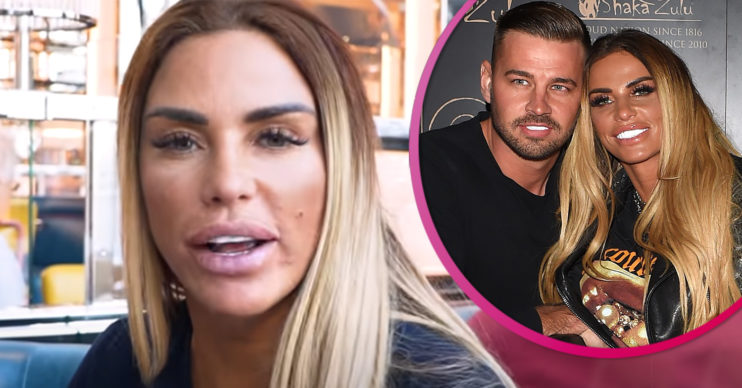 Katie Price reportedly wants to have a baby with her new boyfriend Carl Woods.

The mum-of-five, 42, would apparently love ‘a fresh start’ in life by adding to her brood.

An insider says the model would love to prove to Carl, 31, how much she loves him by giving him a child.

The insider told Closer magazine: “Katie wants to show Carl how serious she is about their future. She’s very emotional at the moment, but she’s trying hard to get back to a good place.

“She sees having a baby with Carl as the perfect fresh start, even though it will be a bombshell for them as a couple, and wants to prove to him that she can be the mother of his kids.”

This news comes just days after her son Harvey said that he wants Carl to be his ‘daddy’.

Katie shared the sweet clip on Instagram in view of her some two million plus followers.

Katie asked Harvey, 18: “Harv, what do you want mummy and Carl to do?”

Carl has Harvey’s seal of approval

He replied: “Be with mummy and Harvey and Carl … your daddy.”

Katie asks: “You want Carl to be your what?”

However, he isn’t believed to have seen him since he was a baby.

Katie also has son Junior, 15, and daughter Princess, 13, from her first marriage to Peter Andre.

And she has two younger children – Jett, seven, and Bunny, six, from her third marriage to Kieran Hayler.

Katie and Carl are believed to have met during lockdown.

He is a former Love Island contestant and is reportedly a car dealer.

He has dutifully cared for Katie since she broke both of her feet in Turkey.

The pair were enjoying a family holiday when she fell 25 feet at a theme park.

After enjoying a few drinks, she completely misjudged the depth of a wall.

Despite her injuries, the pair went on to have ‘his and hers’ veneers while abroad.

They now have matching megawatt smiles. Katie’s since gone on to have a six-hour plus surgery in England on her feet.

Recovering, Carl has been spotted wheeling Katie around in her wheelchair and also carrying her when needed.