Kate Wright has shared her pre-wedding diet ahead of her nuptials to fiancé Rio Ferdinand.

Despite already having an incredible figure, the former The Only Way Is Essex star has been sticking to super-healthy food and she has been sharing her tips with fans. 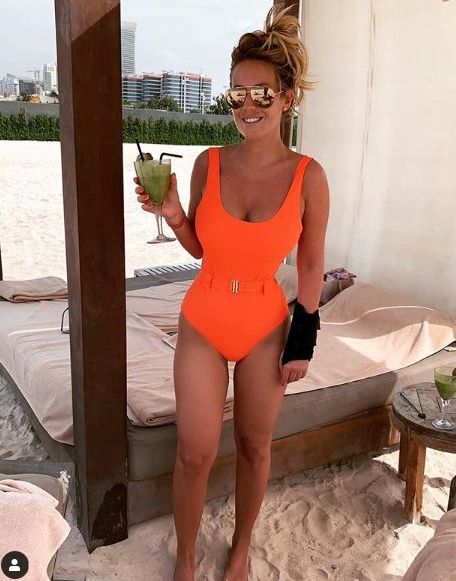 The 27-year-old revealed she starts the day with a smoothie that includes spinach, kale, celery and frozen berries.

Kate also seems to be avoiding any bad carbs as her lunch consisted of chicken - and some less appealing raw onion and cabbage! 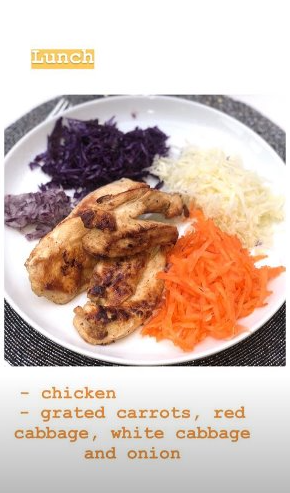 And instead of stodgy mash or chips for tea, she's been making Cottage Pie with sweet potato.

Although, she did admit she is struggling with some of her healthy eating. 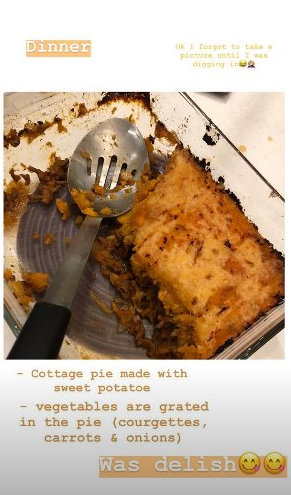 She's making sure her dinners are low fat, too (Credit: @xkatiewright Instagram)

Her new healthy regime comes as she prepares to marry retired footballer Rio, 40, after he proposed in November last year.

Rio got down on one knee during their holiday in Abu Dhabi, with his three children Lorenz, 12, Tate, ten, and seven-year-old Tia watching.

The perfect end to our holiday ... How could the answer not be yes❤️❤️

But clean eating isn't the only thing the Essex girl is doing to get ready for her big day.

She's also been getting up at the crack of dawn to work out! 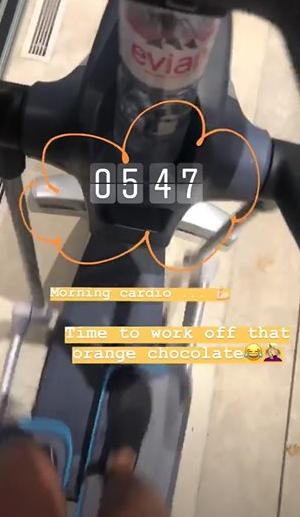 However, the reality star insists she won't overdo it or beat herself up for having the odd treat.

She wrote on her Instagram Story: "Girls we are human, sometimes we need chocolate (or wine) … Having a stressful day or having cravings is part of being a woman. If u do give in to temptation every now and then DO NOT beat yourself up, use it as motivation to work harder tomorrow."

We're glad to hear it, Kate!

What do you think of her regime? Leave us a comment on our Facebook page @EntertainmentDailyFix and let us know what you think.