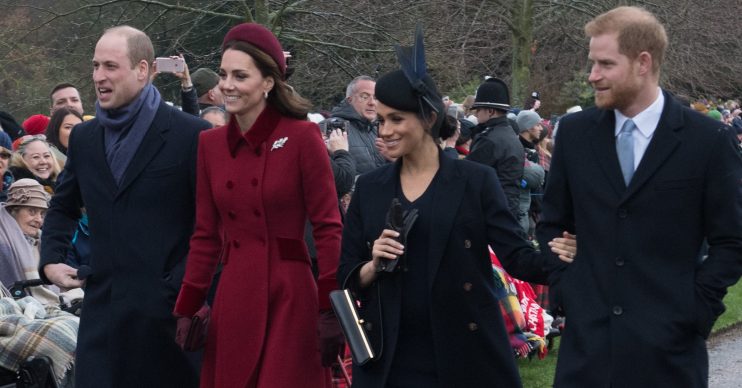 Duchesses to attend event with senior members of the Royal Family

The Duchess of Cambridge will publicly reunite with sister-in-law Meghan Markle at the Commonwealth Service at Westminster Abbey on Monday, March 9.

It will be the first time Kate and Meghan have appeared in public together since Meghan and Harry announced plans to quit the UK.

Read more: Prince William and Kate Middleton reportedly ‘very sad’ not to have Prince Harry and Meghan Markle by their side

The Duchesses will join Head of the Commonwealth the Queen, Prince Charles and the Duchess of Cornwall, Prince William and Prince Harry at the event.

The Commonwealth Service will be one of Meghan and Harry’s final official engagements before they step down from royal duties at the end of the month.

The service, which will be broadcast live on BBC One, will include a reflection given by international boxing champion and Olympic gold medallist Anthony Joshua, and special musical performances by Alexandra Burke and Craig David.

Harry and Meghan’s final engagements also include them attending the Endeavour Fund Awards on March 5 at the Mountbatten Festival of Music at the Royal Albert Hall on March 7.

It is not yet known when Meghan will fly back to the UK from she and Harry’s new home in Canada but it has been reported that she will not be bringing baby Archie with her.

The Cambridges also have a busy week coming up.