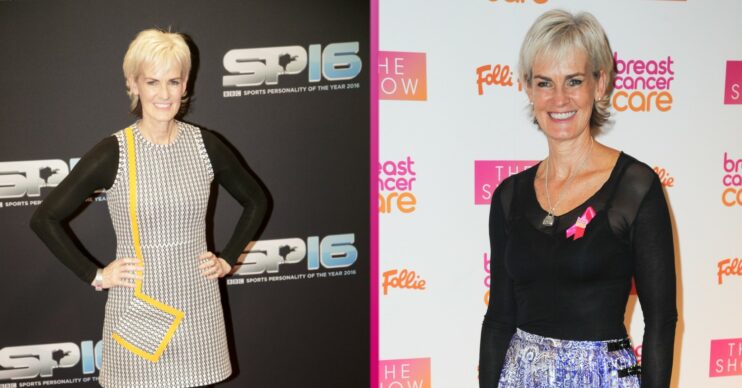 Judy Murray has revealed the secret to her svelte figure and enviable 26-inch waist that she still boasts in her 60s.

The former tennis coach will feature on the small screen as she appears on ITV’s The Chase Celebrity Special tonight (Sunday, April 10).

The 62 year old will join ITV host Bradley Walsh and other celebrities as she battles against The Chasers.

What is the secret to Judy Murray’s figure?

In an interview in 2015, mum of two Judy revealed how she keeps herself looking so trim. Quick clue: it isn’t just down to a love of tennis!

The star said: “I found I was getting really bloated eating bread, so I decided to cut it out of my diet.

“Andy and his brother Jamie did it as well because, as athletes, they don’t want to put things in their bodies that they will struggle to process.”

The star has always loved keeping fit, and took her fitness in a new direction in 2014 when she took to the Strictly dance floor.

However, the star’s tennis prowess didn’t help her in front of the judges, and she was eliminated with her professional partner Anton Du Beke.

In 2015, the star revealed she was still focusing on her figure ahead of son Andy’s wedding to partner Kim Sears.

Speaking to Closer, she said: “I do feel trim for the wedding, but my body shape hasn’t changed much since I was a student and I still have a 26-inch waist.”

As well as keeping fit and healthy, Judy also revealed that in 2017 she had got her very first piece of ink with a tattoo to celebrate her autobiography, Knowing The Score.

Judy got the ink at the age of 57, and she didn’t opt for a delicate floral design or something sweet and simple.

Instead, the mum to professional tennis players Andy and Jamie Murray went for a spider design on the nape of her neck.

Talking to the Telegraph at the time, Judy explained her unique choice: “I’ve always wanted a tattoo and a spider seemed perfect.

“I wanted it somewhere I couldn’t see it; just knowing it’s there is enough.”

The design does hold some sentimentality for Judy though, as she revealed the spider is a tribute to Robert the Bruce’s indefatigable spider, who refuses to accept failure and inspired him to “try, try and try again”.

The Chase Celebrity Special airs on ITV at 5pm.