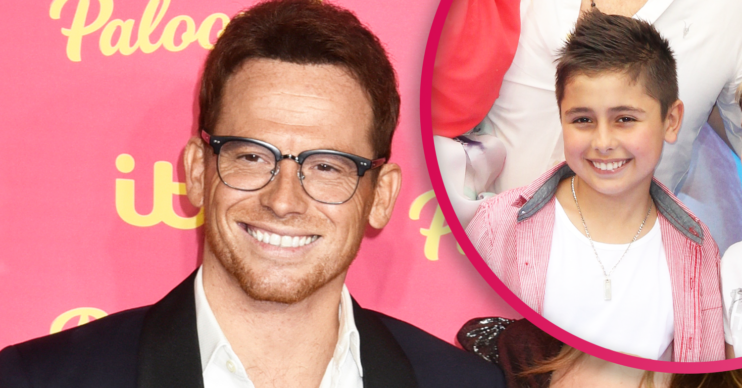 Joe Swash has opened up about the court battle he faced with former fiancée Emma Sophocleous over their son Harry.

It seems that, while Joe enjoys a brilliant relationship with his eldest now, it was a bit of a struggle to get there.

He’s now opened up about the custody battle he endured over son Harry and said it’s the “best money” he’s ever spent.

Chatting on the podcast Step Life, Joe spoke openly about the blended family he shares with girlfriend Stacey Solomon.

And, he admitted, he feels “quite sorry for Hal for what he’s had to go through”.

Joe said: “With me and Harry it was tricky with his mum. We had to go to court and stuff like that. So in hindsight it’s a great thing.

“But it’s been a strange one for Hal – he’s had to do a lot of adapting. I do feel quite sorry for Hal for what he’s had to go through.”

I always said to my mum, when I was in court fighting for Hal, I wouldn’t want to spend my money on anything else apart from wanting to see my kid.

Chatting about the court battle, he said it was “just one of those things” that they ended up in court.

“It’s just one of those things, his mum and I weren’t agreeing on certain things and we had to go to court,” Joe revealed.

He added: “We had to do it that way – and that’s what courts are there for, to sort things out. And it done exactly that. It’s changed our lives.”

Taking my big boy @harryswash to work today going 2 show him my skills on the ice ice baby!

Happily, Joe says he now sees Harry every couple of days, while the father and son also speak every day.

“He only lives 20 minutes away from me and at the beginning, maybe even five years ago, it’s completely different to what it is now.”

Joe also revealed that the costly court battle was worth every penny.

“I always said to my mum, when I was in court fighting for Hal, I wouldn’t want to spend my money on anything else apart from wanting to see my kid. And it’s the best money I’ve ever spent.”