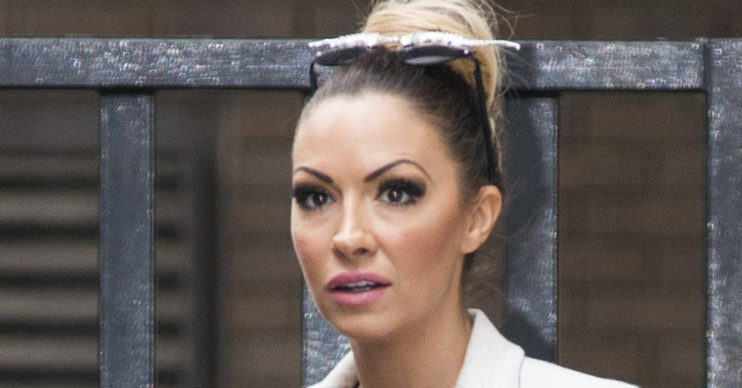 Jodie Marsh has praised her boyfriend Billy for all his support following the untimely death of her mother.

The former glamour model, 41, said she was ‘so proud’ of her man, Billy Collins-Nuttall, 24.

She had previously lamented on Instagram that her mother had been ‘turfed out’ of hospital due to COVID-19, despite suffering the ‘most aggressive’ growing cancer her consultant had ever seen.

What did Jodie Marsh say about her boyfriend Billy?

She has since shared a number of photos from her mother’s funeral, telling fans she is “so proud” of Billy.

One shows Billy, as well as family and family friends, carrying her mother’s coffin.

Here, she said that Billy had been nervous but honoured to carry the coffin.

And she was immensely proud of how well he handled the sombre task.

Sharing in view of her some 434,000 Instagram followers, her words included: “It’s the biggest honour you can do for someone – carry them in – I think.

How are Jodie’s fans reacting?

“And though Billy felt so honoured and privileged, he was so scared of messing up. I am so so so proud of him and I love him so much.

“He was literally amazing and so strong. Mum loved him so much and I’m so happy he was able to do this for her.”

She added that he had been ‘her rock’: “He’s been my rock throughout all of her illness and now this. I can’t put into words how grateful I am for him.”

What did Jodie say at her mother’s funeral?

One user wrote: “I think your mum would feel so comforted to know you have Billy to support and look after you.”

While a second user praised: “So glad you have such a strong, family man. They are like precious jewels – rare and to be kept forever. Stay strong and big hugs xx.”

And a third user wished her well with: “Keep going Jodie. You’re doing her so proud.”

In it, she mentions Billy, and how happy Kristina was that Jodie has found love.

Her speech included: “She adored Billy, and Billy adored her.

“They had their own unique bond. And I take great comfort from that.

“Mostly though I take comfort in knowing that mum finally got to see me truly happy and in love.

“It is all she ever wanted for me and I am so grateful that she got to know and love Billy.”

One of her fans said: “Oh darling that’s so brave, your mum would have been so proud.”