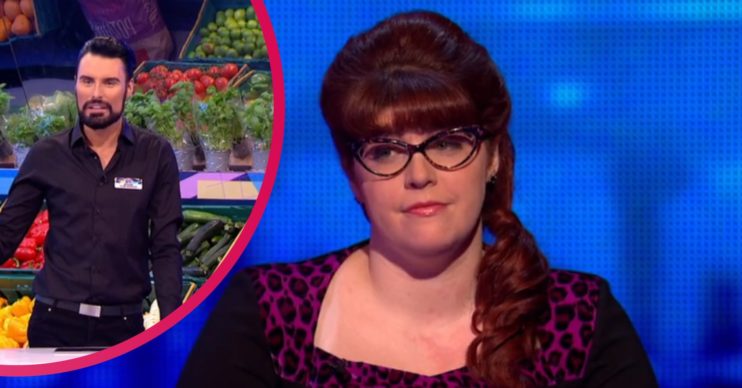 Jenny Ryan has delighted fans of The Chase by confirming she’s due to appear on Supermarket Sweep.

The quizzer, 38, revealed on Wednesday (August 19) that ITV viewers can expect to see her on an upcoming celebrity version of the game show.

What did Jenny Ryan say about Supermarket Sweep?

On Twitter, The Vixen said she “can’t believe” she’s going to be competing on the programme, which is hosted by presenter Rylan Clark-Neal.

She tweeted, responding to a TVZoneUK article about the line-up: “Can’t quite believe I’m going to check out Rylan’s checkouts!”

In the replies, fans of The Chase star were overjoyed to hear they will be getting another chance to see Jenny on their screens away from the chaser’s chair.

On told her: “OMG no way. Two of my favourites together on one of my favourite shows, what a winning combination. Absolutely can’t wait to see it get aired. Xx.”

Another said: “This is great news! I was excited for the new series already but to hear you’re on the checkout is even better!”

You are going to be brilliant.

A third wrote: “Aww. I’ll definitely be watching as @SuperSweepTV is one of my favourite shows as hosted by @Rylan.”

“Ahhhhh SO EXCITED!” someone else wrote in all caps.

“That’s so cool!” a fifth replied, adding: “I am ever-so-slightly jealous!”

“You are going to be brilliant on it!” another assured her.

You are going to be brilliant on it!

That’s so cool! I am ever-so-slightly jealous!😁

The Supermarket Sweep reboot debuted on screens earlier this year, and fans of the original appeared to love it following some early criticism.

Jenny’s appearance on the programme will follow her stint on the first ever series of Celebrity X Factor.

The Vixen was on the inaugural star-studded version of Simon Cowell’s singing competition last year, when she surprised – but divided – viewers with her incredibly powerful voice.

Are you looking forward to seeing Jenny on Supermarket Sweep? Leave us a comment on our Facebook page @EntertainmentDailyFix and let us know what you think of this story.