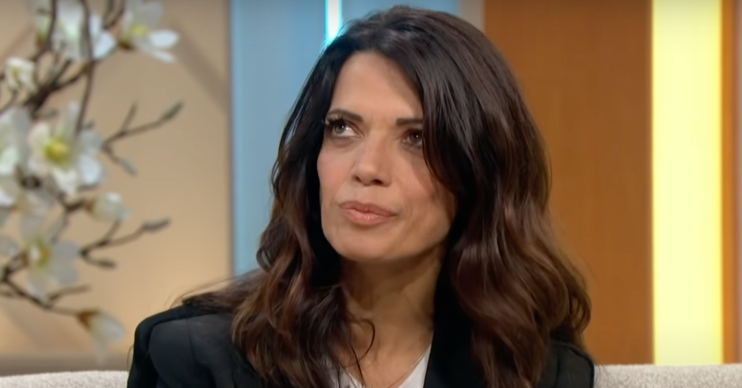 The star ignored the early signs and needed treatment

Jenny Powell has admitted that her menopause symptoms were so severe she was rushed to hospital for treatment.

The TV presenter, 54, said she was left struggling to “get out of bed every day”.

As well as the physical symptoms, Jenny – who has two daughters – admitted the menopause affected her mentally, too.

TV favourite Jenny revealed that she lost so much blood she was hospitalised for anaemia and had to undergo treatment.

Read more: Davina McCall feared she had Alzheimers when she started the menopause

She spoke candidly to Closer about her experience with the perimenopause – the time before a woman’s periods stop.

Jenny admitted that she didn’t address things straight away, which led to the condition becoming worse.

As a result, she ended up needing treatment in hospital.

Doctors diagnosed anaemia and she had to have iron transfusions to address it.

‘I lost that much blood I became anaemic’

Jenny said: “My periods were awful, I’d have to change about five times a day and I lost that much blood that I became anaemic.

Read more: Netflix fans left convinced the cast of 365 Days are having sex for real

“I left it too long to get it sorted, so in the end I had to have iron infusions in hospital.”

The star also revealed how things changed mentally for her during the menopause.

“The menopause affected me mentally and I didn’t feel like me. I was really tired and depressed. I’d struggle to get out of bed and I couldn’t wait to go back to bed at night,” she said.

However, Jenny does have one trick up her sleeve when it comes to keeping young – her toyboy Martin.

He is six years younger than her and had to look up the definition of a cougar when her eldest daughter Connie, 21, asked her if she was one.

Jenny is also mum to Pollyanna, who is 13.

“It’s funny because Martin is six years younger than me and I remember my daughter Connie saying: ‘Does that make you a cougar, then, Mum?’ — and I had to go and look it up,” she previously told The Sun.

“He has more energy and makes me do stuff I wouldn’t normally do.”