In an incredible gesture, comedian Jason Manford has come to the aid of a dying mum.

Jason, 38, backing a Kickstarter campaign to help mum-of-three Rachel Clements after he heard her tragic story. 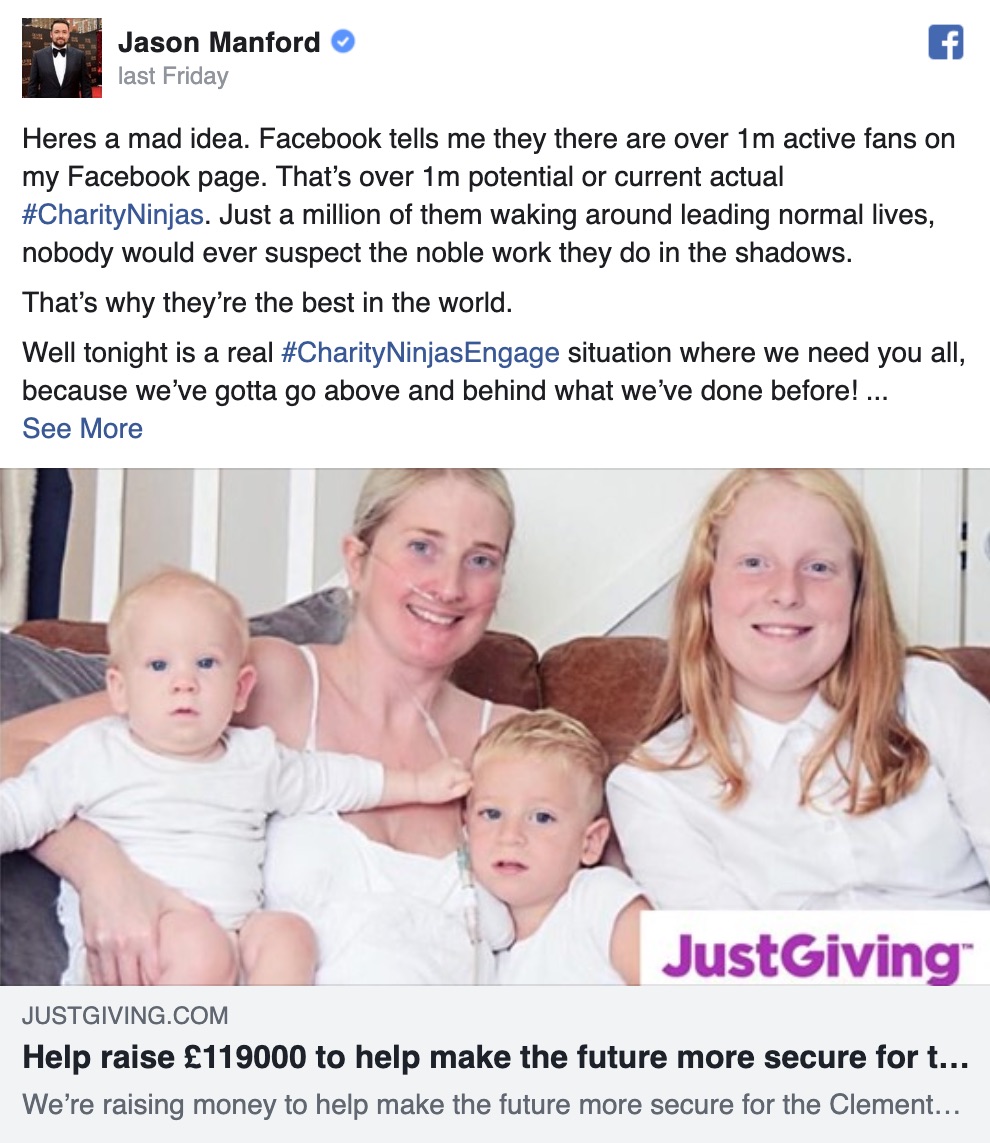 Jason kickstarted a campaign to help Rachel and her three kids (Credit: Facebook)

Single mum Rachel, 30, has rare and incurable lung disease Pulmonary Fibrosis, and has been suffering since she was 15. She also has Crohn's disease, which has affected her bowels.

She is now in palliative care, but is desperate to help secure the future of her three children - Ivan, one, Louis, three, and Chloe, 12.

With £119,000 still left to pay of her mortgage on her house in Ely, Cambridgeshire, Jason stepped into help after he heard her story. 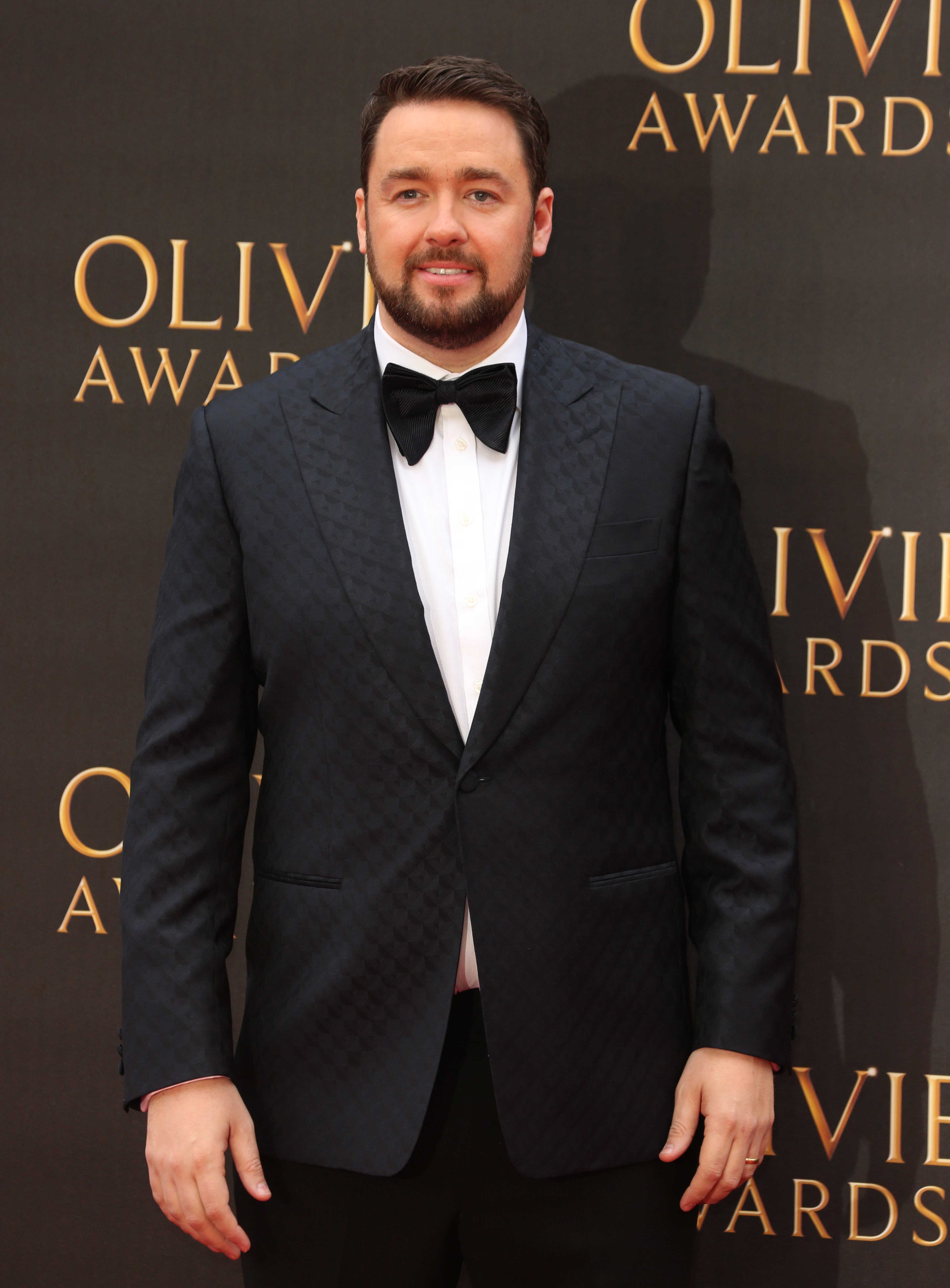 "Facebook tells me there are over one million active fans on my Facebook page," he wrote as he kickstarted the campaign.

"That's over one million potential or current actual charity ninjas.

"So only one this week and it is a super mum, Rachel, who has a number of awful things wrong with her.

"Yet whose only wish in the frankly awful timing of her imminent passing, now she's in palliative care, is what any of us would want.

"Our children to feel safe and secure when we're no longer around.

He explained Rachel wants to take the pressure away from eldest daughter Chloe.

No 12-year-old should be under that much of a burden at her age.

"No 12-year-old should be under that much of a burden at her age," Jason continued.

"So you'll miss a fancy coffee this week or maybe don't get a pudding one night!

"That's all it takes to change a family's life, to good, for good!" 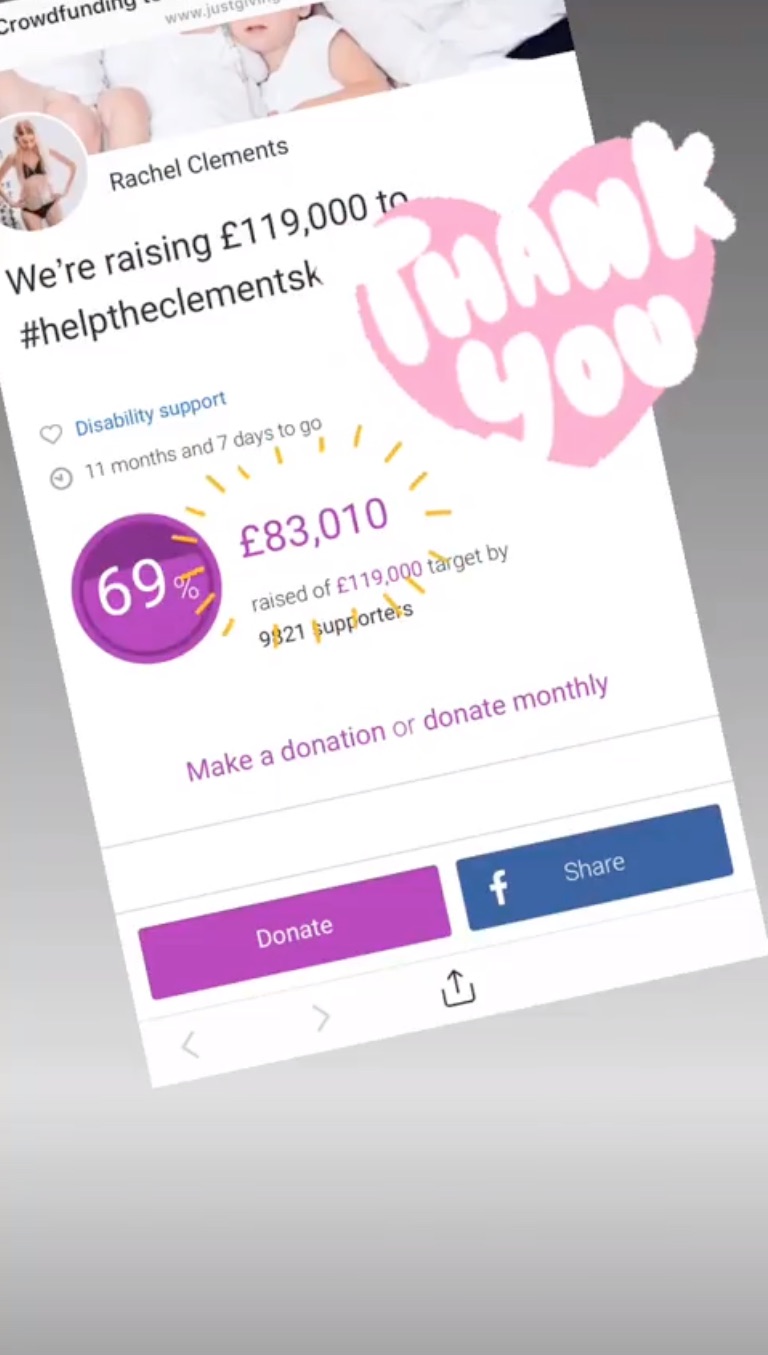 The campaign has raised an incredible £83,000 in under a week.

Rachel, who blogs under the name Breathessly Mothering, took to instagram to thank contributors.

She told The Mirror that she was "lost for words".