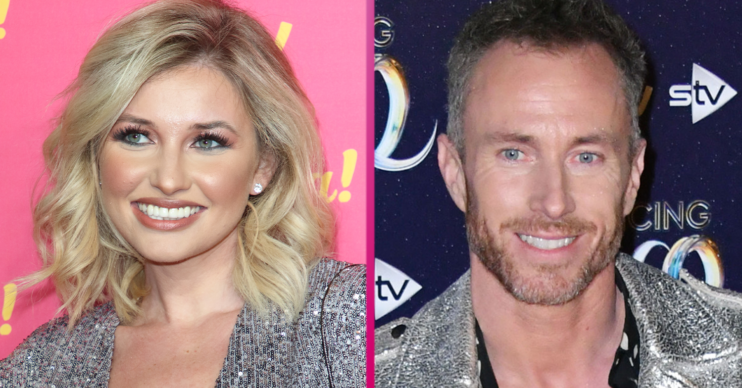 James Jordan has been criticised by former Love Island star Amy Hart after she discovered a bunch of cruel tweets he posted about her.

He was one of her ‘favourite celebrities’ before she found them.

Amy might have been a fan of James, but the feeling was far from mutual.

Last year when she was on the show, he let rip on Twitter.

“Amy is a bully girl! And [bleep] knows what Curtis sees in her,” he said in one tweet.

James also blasted Amy as a ‘snake’ over the fight she had with Lucie Dolan.

Speaking on the Back From Reality podcast with Gabrielle Scawthorn, Amy admitted that the ex Strictly Come Dancing pro’s comment really hurt her.

“During Love Island, he hated me. And when I got out and found that out, I was crushed,” she said.

“I was like, ‘Oh my God, am I a terrible person? One of my fave celebrities hates me.'”

Amy added: “I loved him and Ola on Strictly.

I voted for him every week on Dancing on Ice and I was so happy when he won.”

Amy went on to say she struggled to cope with the amount of trolling she got after leaving the show.

“It’s really hard,” she said. “Everyone’s got an opinion on everything and it’s just nastiness.”

What do you think of this story? Should everyone be a bit kinder on social media? Go to our Facebook page @EntertainmentDailyfix and leave a comment to let us know your thoughts.