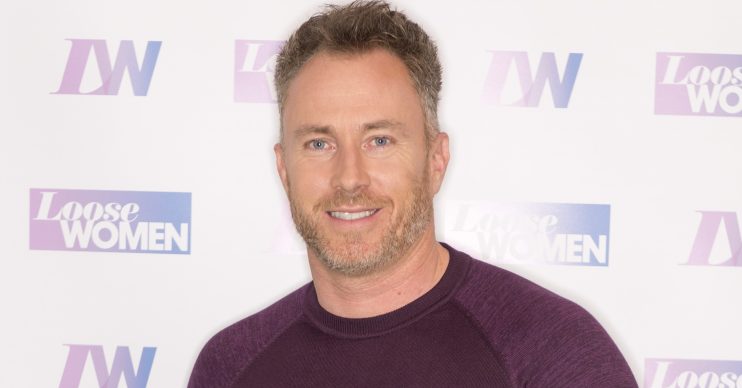 The dancer thanks fans for their prayers

Former Strictly Come Dancing pro James Jordan has revealed his dad is “showing signs of recovery” after he was admitted to hospital for a stroke.

In an update, James thanked his followers “for your prayers” as it seems his dad was on the mend.

In a Twitter post he wrote: “I’m sending love to the whole world. My dad is showing signs of recovery and I thank you all for your prayers.”

Last week, James took to Twitter to share the news that his dad was seriously unwell after being rushed to hospital suffering a stroke and seizures.

Heartbreakingly, the 41-year-old added: “I’m not ready to lose him.”

Read more: The Queen has quit Buckingham Palace amid fears over coronavirus

Later that day, he posted an update sharing his devastation at having to leave his dad alone in hospital.

He said: “Well that was the longest day of my life.”

Stayed with my dad until they told me I had to go which broke my heart to leave him alone
Your prayers are working as he is stable now…. I’m praying tomorrow I see a big improvement

Thank you for your prayers#ILoveMyDaddy

Just weeks ago, James and his wife Ola became parents for the first time after a two-year struggle to conceive naturally before turning to IVF.

Even then it was a 50/50 chance they would get pregnant.

Thankfully they were able to announce their pregnancy in September 2019 and Ola gave birth to a healthy baby girl – her name is yet to be announced.

Ola shared a picture on Instagram and wrote: “She is here and she is perfect.”

She’s here and she is perfect 💕 #mummy

The couple were desperate to become parents and in an interview with Hello magazine, Ola said: “I would love to be a mum with all my heart and I just thought it would happen naturally.

“James is also desperate to have babies and I just wish it could’ve happened by now that’s the one gift I would love to give him.”