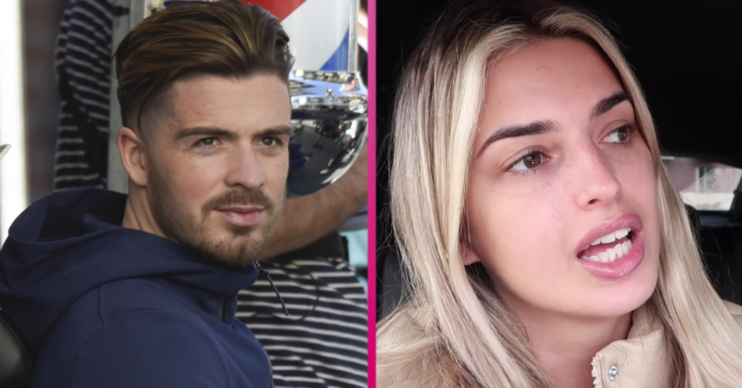 The couple reportedly rekindled their relationship ahead of Euro 2020

Footballer Jack Grealish is said to have rekindled his romance with girlfriend Sasha Attwood, who’s been quietly cheering him on from the sidelines at Euro 2020.

But who is the model and make-up artist?

According to reports, Jack and Sasha have recently reconciled as a couple after going through a “rocky patch”.

A source told the Sun on Sunday that the couple – who are both 25 – have recently been through a tough time in their relationship but are now “back on track”.

“Jack is keen to keep Sasha out of the limelight and she keeps him grounded,” the source said.

“He thinks it’s best if the fans still think he’s single, but she’s been cheering him on from the side lines during the Euros.”

Sasha has her own successful career as a model and make-up artist and the couple prefer to keep their respective careers separate.

She posts about her work on Instagram as @sasha__rebecca, where her bio says she is represented by Industry Model Management.

Sasha models for a range of fashion brands, including Boohoo and House of Fraser.

She also works as a make-up artist, specialising in bridal make-up.

Her Instagram is full of stylish shots from her modelling and make-up career, as well as candid shots of the model out and about.

She was reportedly scouted to be a model aged just 13 when out shopping with her mum in Birmingham and has been building her career ever since.

How did Jack Grealish and Sasha Attwood meet?

The pair seem to have known each other for some time, having first met at St Peter’s Roman Catholic School in the West Midlands as teenagers.

They’ve remained close and supported each other over the years as they’ve built their separate careers.

In 2014, Jack Grealish posted a photo of him and his girlfriend together on holiday with the caption: “With my beautiful girl in Gran Canaria”, followed by heart emojis.

With my beautiful girl in gran canaria 😃😘❤️ @sashaattwood pic.twitter.com/ZclFHFOhVy

Sasha has been quietly supporting Jack throughout Euro 2020. During England’s recent match against Croatia, she was spotted wearing a ‘Grealish’ football shirt.

However, she prefers to stay out of the spotlight and cheer Jack on from the sidelines, according to The Sun.

“Sasha is his secret weapon off the pitch and will support him no matter what. They’re both very close to each other.”