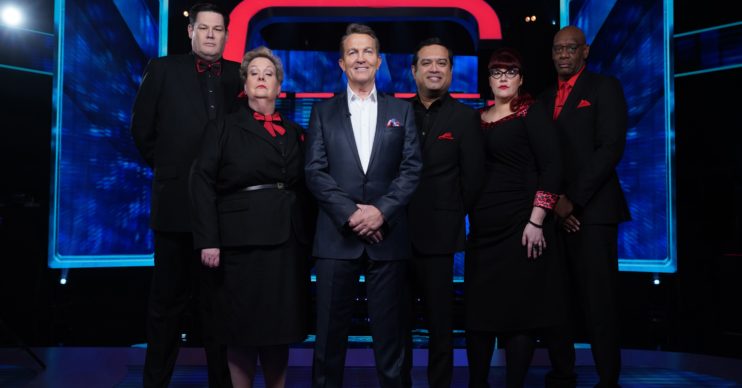 It's the Olympics of quiz shows

Fans have been given a glimpse into what new quiz show Beat the Chasers is going to look like as ITV teased a trailer on its Twitter page.

Anne Hegerty, Mark Labbett, Jenny Ryan, Paul Sinha and Shaun Wallace have all been confirmed to appear on the show.

Contestants will battle to outwit them on the new show, however it won’t just be one Chaser, it will be all of them! And they’ll surely form a tough team to beat.

“Now for the first time ever all five Chasers have formed the greatest quiz team on the planet.”

The clip then gives viewers snippets of the new series as contestants try their luck against the Chasers.

The trailer ends with Bradley asking: “Can anyone beat The Chasers?”

All five Chasers are forming the greatest quiz team on the planet.

Do you have what it takes to Beat The Chasers?

The Olympics of quizzes

When news of the quiz show was announced, Michael Kelpie, managing director of production company Potato, said: “For quiz fans, this is the equivalent of competing in the Olympics or playing in an FA Cup Final.

Katie Rawcliffe, ITV’s head of entertainment, said: “It’s so exciting to be expanding the award-winning The Chase format.

“It’s the ultimate challenge against the greatest quiz team ever assembled.”

We wish those brave contestants all the luck in the world – they are going to need it.

Would you fancy your chances against The Chasers? Go to our Facebook page @EntertainmentDailyfix and let us know what you thought of this story by leaving a comment.