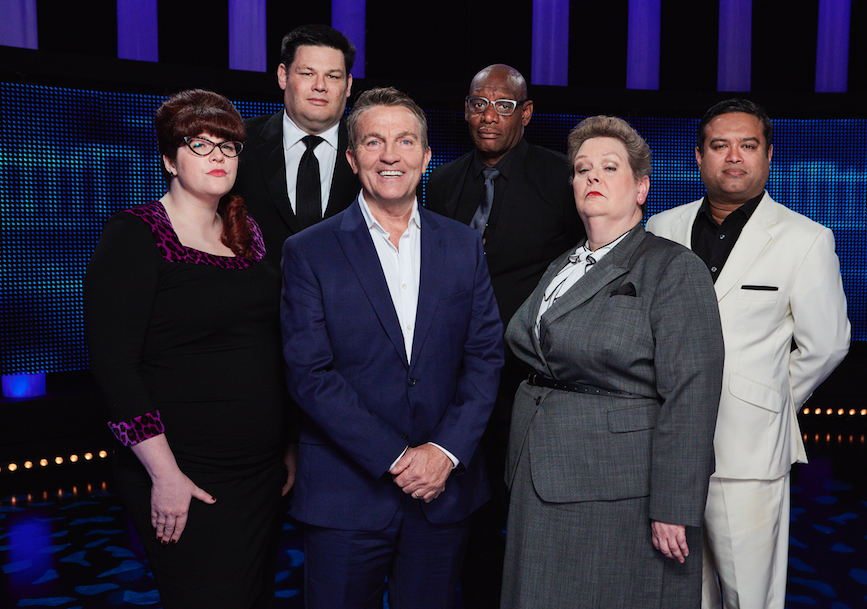 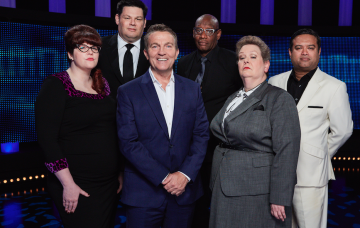 The Chasers will return to compete together

ITV has announced The Chase is getting its very own spin-off show called Beat The Chasers.

Bradley Walsh recently teased a major shake-up for the game show and now it’s been confirmed that a new programme is coming featuring all the Chasers.

Anne Hegerty, Shaun Wallace, Jenny Ryan, Mark Labbett and Paul Sinha will all be appearing on the programme.

The new show will see the quiz experts compete together as contestants play against them.

Of course, the aim of the game will be to earn cash.

It’s so exciting to be expanding the award-winning The Chase format.

Michael Kelpie, Managing Director of production company Potato, said of the news: “For quiz fans, this is the equivalent of competing in the Olympics or playing in an FA Cup Final.

Katie Rawcliffe, Head of Entertainment, ITV added: “It’s so exciting to be expanding the award-winning The Chase format.

The Chase was replaced earlier this month by Cash Trapped – which was also hosted by Bradley – and viewers weren’t impressed.

Cash Trapped sees six contestants compete to win big money and the aim of the game is whoever accumulates the most cash gets the opportunity to take their money and run.

If they succeed, everyone else leaves empty-handed – so their opponents must try to stop them.

Read more: The Chase replaced by new game show from next week

One person said on Twitter: “@ITV should be ashamed of themselves replacing The Chase with the ridiculous dead confusing Cash Trapped, it’s absolutely garbage and you have ruined my evenings!!!! #fuming #thechase.”

Another wrote: “Day ruined. Sat down to watch #thechase & end up with #cashtrapped. WTF is this bilge? Awful. THE most annoying unfunny contestants.”

A third tweeted: “Sat down to watch #thechase What the actual hell.. Day ruined. #cashtrapped.”