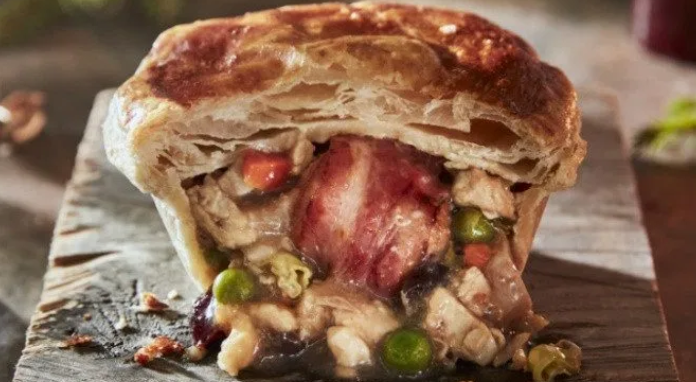 It contains all of the roast essentials

With just three months until Christmas, supermarkets across the UK are launching their food ranges for the festive period.

Iceland has revealed it’s selling a pie filled with an entire Christmas dinner as part of its festive menu this year.

And the pie is not the only delicious treat shoppers can look forward to.

Here are some of the other treats Iceland will be selling this Christmas.

Chocolate melt in the middle pudding

Iceland isn’t the only store unveiling its Christmas menu.

Aldi is selling halloumi wrapped in bacon as part of its new festive range, which was revealed this week.

The red bevvie shimmers when you shake the bottle and is flavoured with peppermint and hints of vanilla.

What are you most looking forward to in these Christmas ranges? Leave us a comment on our Facebook page @EntertainmentDailyFix and let us know.