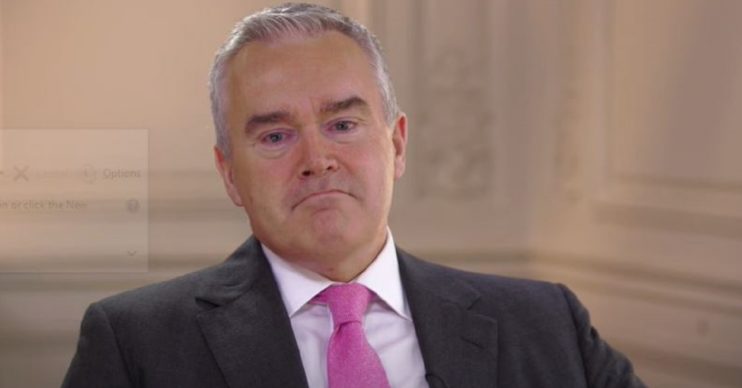 An eagle eyed Twitter user has spotted that BBC newsreader Huw Edwards looks more youthful now than he did 23 years ago.

“It’s like he regenerated…” said the post, comparing the journalist reporting at Downing Street in 1997 to a more recent picture behind the BBC newsdesk.

The secret is extensive plastic surgery and a diet of Pringles. It worked for me. 🏴󠁧󠁢󠁷󠁬󠁳󠁿😎 https://t.co/KlJusjviKC

Read more: Britain’s Got Talent viewers desperate to know who got through to the semi-finals

Huw Edwards, who turns 59 in August, looks completely different to the picture of him reporting from Downing Street for the 1997 General Election. The picture taken 23 years ago shows a plumper face and darker hair, which prompted some Twitter users to say he looks more like This Morning‘s Eamonn Holmes.

Oh I thought that was Eamonn Holmes lol

Newsreader Huw joked with fans: “The secret is extensive plastic surgery and a diet of Pringles. It worked for me.”

The reply, which has had over 3.7k likes, earned praise from Twitter fans who say the Welsh presenter has aged ‘like a fine wine’.

There was also huge praise for Pringles as the secret to looking younger. Some even begged Huw to share which flavours were best for helping to stop the ageing process.

Calls for Huw as the next Doctor Who

Huw’s backward ageing has even had fans calling for him to become the next Doctor Who, as he seems to have stopped time with his youthful image.

One Twitter comment said: “Your name must be in the frame for the next Doctor Who with regenerative powers that strong!”

More echoed their thoughts. One fan even joking that Huw is “the Benjamin Button of BBC News” thanks to his reverse ageing.

What do you think of Huw’s youthful appearance? Leave us a comment on our Facebook page @EntertainmentDailyFix and let us know what you think of this story.