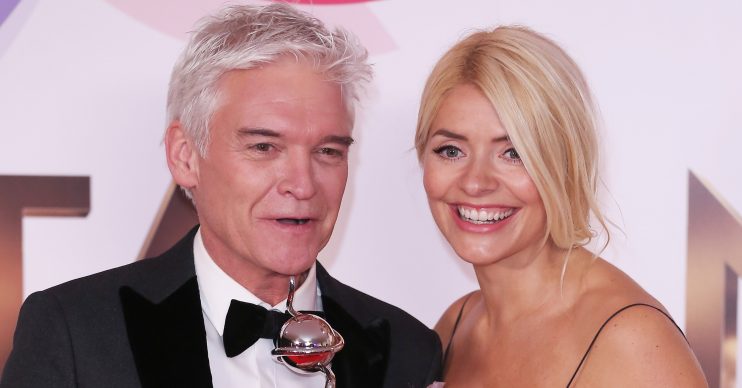 It was recently claimed their relationship is 'strained'

TV’s Holly Willoughby fought back tears as she discussed her relationship with Phillip Schofield.

It was recently claimed that the pair’s friendship was cooling behind-the-scenes at This Morning – an allegation that ITV denied.

During a press conference for the next series of Dancing On Ice on Monday evening, Holly opened up about how long she’s been working alongside Phil.

Phil and I met on this show. There’s a lot of history.

It comes after ITV called reports Phil had been ‘feuding’ with his co-stars “deeply disappointing and unfair”.

Read more: Amanda Holden hails This Morning presenters for ‘taking on’ Phillip Schofield in new swipe at her TV foe