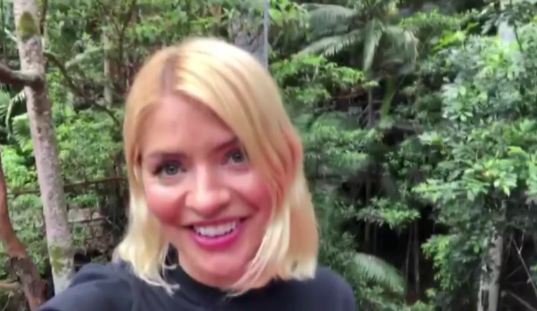 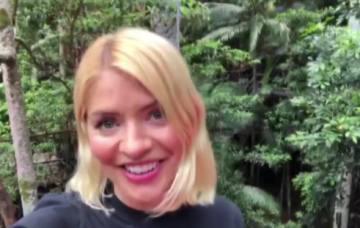 Holly Willoughby dressed her three children in adorable personalised I’m A Celebrity T-shirts as she gave them a tour of the jungle.

The TV star, who is filling in for Ant McPartlin hosting this year’s series with his long-time on-screen partner Declan Donnelly, posted the cute photo on Instagram.

She captioned the snap “Welcome to the jungle”.

Holly’s kids, Harry, Belle and Chester, are staying with her in Australia for the duration of the show after their headteacher agreed to let her take them out of school.

They are continuing with their schoolwork after the This Morning presenter hired a tutor Down Under.

But the youngsters took time out from their studies after Holly, 37, invited them onto the set.

The snap shows them wearing personalised, navy I’m A Celebrity T-shirts, each with their name printed on the back, as they look out from the studio into the outback.

Their mum posted it on Instagram after last night’s show, which saw Noel Edmonds become the first star to be voted out.

Holly wrote alongside the pic: “Welcome to the jungle…”

Earlier, the host shared another photo on social media, of herself on the set’s bridge in the outfit she was wearing last night.

Viewers were left baffled by the fashion choice and voiced their opinions on Twitter.

One wrote: “I thought this was supposed to be the jungle, not a fashion parade catwalk.”

What do you think of Holly’s and her children’s outfits? Leave us a comment on our Facebook page @EntertainmentDailyFix and let us know what you think!