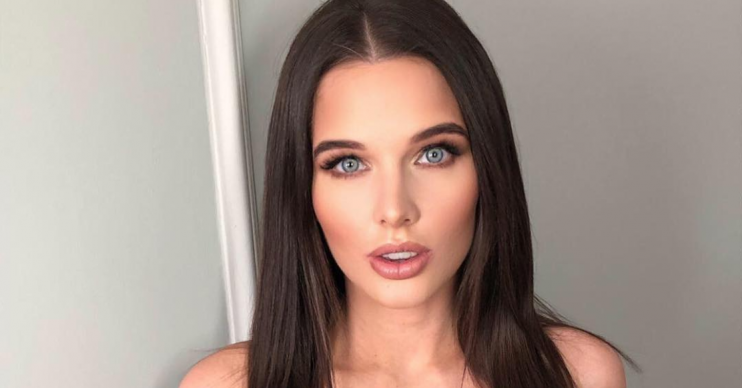 She went purple for the British LGBT Awards

Helen Flanagan has shown off a dramatic new look, posting a shot to Instagram showing herself with waist-length, lilac coloured hair.

But the transformation was for one night only – the Coronation Street star had donned a wig to attend the British LGBT Awards in London last night.

Helen’s fans were quick to comment on her new hair, with one fan saying “I want this hair!”

Another fan said “Yes to this hair,” while another said “Your hair is awesome.”

But most fans kept things simple – by replying with a string of fire and heart-eyed emojis.

The actress posed with hairdresser Jay Birmingham ahead of the awards, which honour both achievements made by members of the LGBT+ community, and efforts to increase awareness and representation.

Helen recently confirmed that she’s planning to return to the cobbles after taking time away for maternity leave.

The actress left the show in June last year, ahead of the birth of her second child with fiancé, Scott Sinclair.

The pair welcomed Delilah on the 22nd of June. Their older daughter Matilda was born in 2015.

But earlier this month Helen revealed she’s getting ready to return to work, opening up about being a working mother during an appearance on ITV’s Lorraine.

“I miss Coronation Street so much and I’m definitely going to go back, definitely,” she said.

“It’s just working it around my girls. Matilda’s at the age now where she’s four and she needs to be taken to all of her lessons.”

She also admitted that the commute can be rough, as she and Celtic player Scott are based in Scotland.

What do you think of Helen’s hair? Leave us a comment on our Facebook page @EntertainmentDailyFix and let us know.