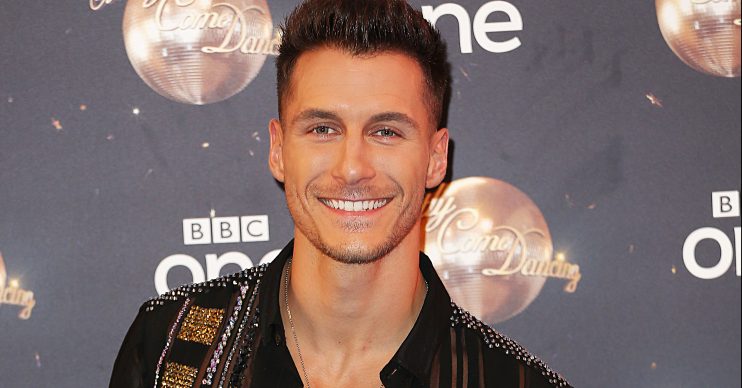 The Strictly Come Dancing star, who welcomed Mia with girlfriend Gemma Atkinson in July, delighted his fans with three pictures of dad and daughter sharing a special moment together.

In the first shot, the pro dancer is planting a tender kiss on his daughter’s head, while a second shows him gazing lovingly at the tot.

A third cute photo shows them both looking at the camera with Mia, dressed in pink, looking all cosy nestled in her dad’s arm.

“The best afternoon a man can dream about… I love you,” the 29-year-old captioned the series of sweet photos.

Katie Piper, who was partnered with Gorka on last year’s series, was one of the first to comment on the photo, writing “perfect”.

The dancer has been able to enjoy some quality time with his daughter after he failed to be paired with a celebrity on this year’s Strictly.

Meanwhile, the couple recently appeared on Loose Women where they spoke about how their romance blossomed after dancing together for the popular BBC series.

Gorka said: “Well it wasn’t until after Strictly finished that we started to hang out properly together, because during Strictly we didn’t see each other, we were very focused on our dancing partners.”

He continued: “When we were on tour, that’s when we started spending a lot of time together. We both love training, going for brunch, so that’s how everything started.”

Gemma added: “He asked me for a coffee and then the weekend after he said, ‘Do you want to go for another coffee?’ And then we kept going on and on and on.”

The pair announced they were dating on Valentine’s Day 2018 and revealed they were expecting their first child together in February of this year.