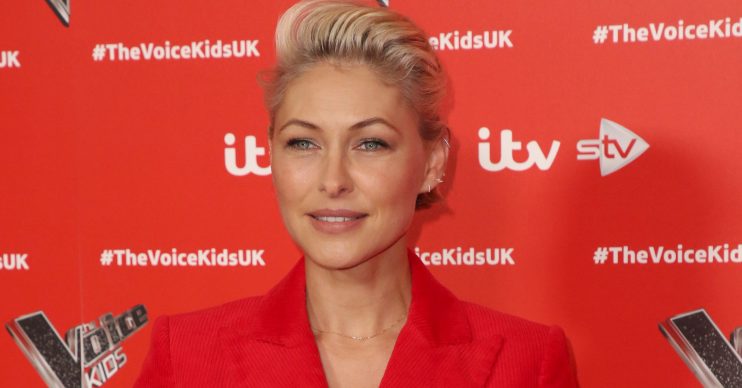 She ditched her pixie crop

Emma Willis has stunned her fans by showing off a dramatic new look.

The former Big Brother presenter, 43, made her debut on the second series of Channel 4’s The Circle last night.

For the first live show, Emma sported a yellow and black suit but did something different with her hair.

The star ditched her signature pixie crop and opted for some hair extensions, which were tied into a ponytail.

Emma shared a series of photos to her Instagram of her look and fans couldn’t get over her hairdo.

Another wrote: “You look amazing…. The long hair suits you and makes you look so young!”

A third commented: “Your hair looks amazing like that.”

TV presenter Richard Madeley even made an appearance as a celebrity guest.

However, the other contestants didn’t know it was Richard playing because they all live alone in an apartment.

They can only interact with each other via The Circle, a social media-type chat system, in a bid to become the most popular person and win the cash prize.

Before appearing on the show, Richard said he was going to try and avoid being “cool or clever”.

He said: “I suspect I’ll probably have to be quite young in order to fit in. I think what I’m going to have to try and avoid doing is not attempt to be cool or clever, or as we used to say, a very old-fashioned phrase, a wise guy.”

One person said: “What a fantastic launch of the second series of @C4TheCircle tonight!@EmmaWillis was fantastic and added excitement to the events. Love her look!

What a fantastic launch of the second series of @C4TheCircle tonight! @EmmaWillis was fantastic and added excitement to the events. Love her look! The players are great and i love them all. Such great moments in night one! Roll on tomorrow. #thecircle

Another wrote: “I am actually enjoying the #TheCircle. It’s not usually my thing but I love the concept and it is filling the gameshow hole in my heart.”

I am actually enjoying the #TheCircle. It’s not usually my thing but I love the concept and it is filling the gameshow hole in my heart.

Omgggg i love you @C4TheCircle this is gonna be soooo good! ONLY BEEN WAITING ALLL YEARRR #TheCircle