The TV chef became a dad for the fifth time last week when his wife Tana gave birth to little Oscar.

Shortly after he was born, the family set up an Instagram account for Oscar to keep fans updated on his adventures and the latest snap of the tot has sent fans into a frenzy.

Oscar is seen looking at the camera while wearing a white baby grow and a matching bib, which had three three-Michelin-stars on it.

He is an EXACT mini-Gordon!! How adorable is that! He is so cute!

Fans were shocked at how similar Oscar looks to Gordon, with many joking the baby even had the same "wrinkles" as his dad.

One person said: "He is an EXACT mini-Gordon!! How adorable is that! He is so cute!"

Another commented: "He's got the wrinkles!!!" while a third wrote: "Got his dads wrinkly forehead." 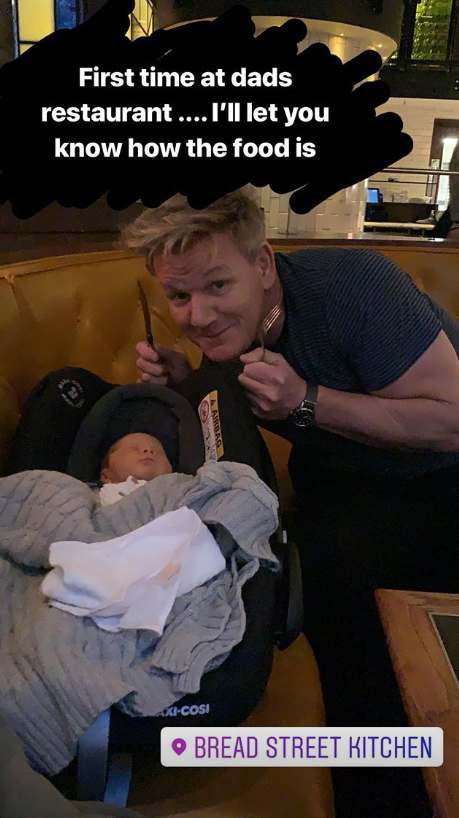 Last week, Gordon announced Oscar's arrival with a beautiful photo of himself, Tana and their little boy in hospital.

He also added snaps of Tana gazing lovingly at Oscar. 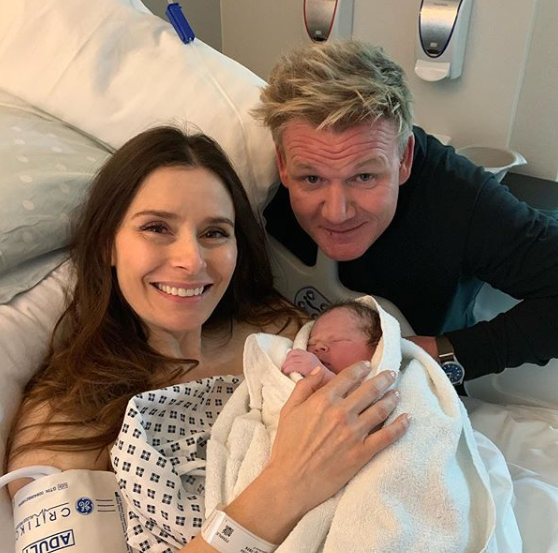 The couple's other four children - Megan, 21, twins Jack and Holly, 19, and Matilda, 17, - then all shared photos with their new brother.

At the weekend, a photo of Oscar being brought home was shared to his Instagram.

The post was captioned: "Here’s a picture of daddy taking me home!! #welcomehomeoscar."

Here’s a picture of daddy taking me home !! #welcomehomeoscar

Gordon and Tana only revealed on New Year’s Day that they were set to have their fifth child together.

In the video the camera panned to Tana’s bump and Gordon can be heard saying excitedly: "And guess what? Happy New Year because we’ve got another one coming! Oh my lord!"