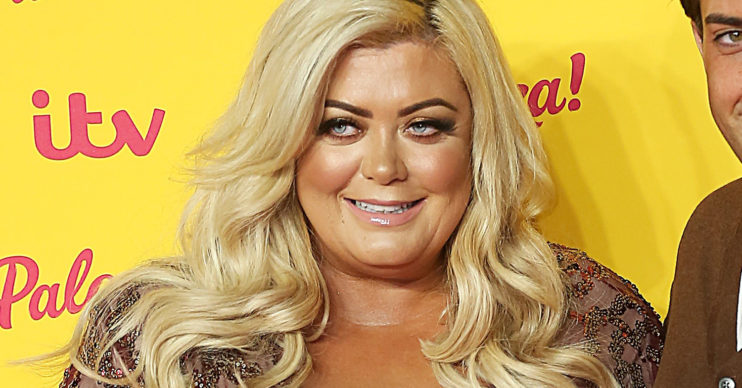 Gemma Collins looks unrecognisable in photo from her 20s

She spoke about her battle with polycystic ovary syndrome

TV’s Gemma Collins looks unrecognisable in a throwback photo from her 20s.

The Dancing On Ice star shared the picture to Instagram and opened up about her battle with polycystic ovary syndrome (PCOS).

Gemma told her fans she’s struggled with her weight ever since she was told she had PCOS.

Read more: Gemma Collins fans swoon at ‘handsome’ brother and ask if he is single

The photo showed Gemma posing in front of a pool wearing a patterned dress.

The reality TV star explained: “As you can see guys when I was in my 20s I was very slim then I was told I had PCOS and it’s been a struggle ever since.

“However I make the most of myself and remain positive because it’s what in your heart counts the most.”

She continued: “Sending love to all the PCOS sufferers it’s not easy and always be kind people people are not always over weight because of all the stereo typical bullying comments!!!

“I CHOSE to RISE ABOVE and continued to promote body confidence even when I had my own personal struggles and the secret to my success was just being ME!

“Lots of people have bullied me taunted me and also early on in the industry loose weight.

“WHERE AM I? RISE HIGHER, always BELIEVE IN YOU, my heart has always been the same no matter of my size.”

One person said: “I have PCOS and endometriosis, I totally understand the weight issues but fair play hold your head up and smile.”

My heart has always been the same no matter of my size.

Another wrote: “Really inspirational for all of us who struggle with PCOS.”

A third added: “So inspirational for all women, promoted such a positive outlook on life. So beautiful.”

Meanwhile, during lockdown, Gemma said she’s been focusing on her health and is at home cooking more meals from scratch.

She told her Instagram followers recently: “I’ve been concentrating solely on my health recently and feel so much better because I have had TIME!!!!!

“No eating out and having to cook from scratch. I do have Saturdays off to have whatever I want.”

Can you relate to Gemma’s comments? Leave us a comment on our Facebook page @EntertainmentDailyFix and let us know.