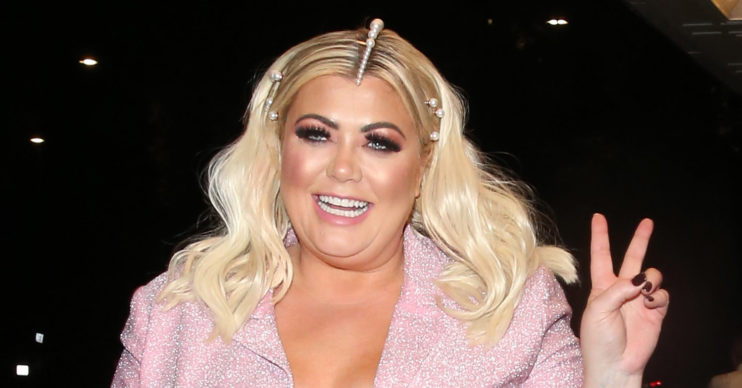 The GC is going on tour!

Gemma Collins has delighted her fans with a sneak peak at her upcoming theatre tour.

The GC, 39, is set to tour the nation once theatre restrictions are lifted.

Gemma shared a video of her dancing with none other than Darren Day.

The pair hit it off on Celebrity Big Brother back in 2016.

What did Gemma Collins say to Darren Day?

And it looks like he will feature on her theatre run.

Sharing the clip in view of her some two million Instagram followers, Gemma twirls around with Darren.

They air elbow one another – clearly maintaining social distancing measures.

Gemma asks her theatre director: “Can Darren be in the show?”

To which the man (off camera) replies: “Absolutely Darren, you’ve got to be in the show!”

When is Gemma Collins going on tour?

And Gemma reassures him: “We’ll pay you!”

The former TOWIE star captioned the humorous clip with: “Don’t worry Darren !!! Il pay you listen to me and the wonderful @darrendayofficial have a sing song. DIVA FOREVER and EVER @itvbe TUESDAY 9pm you can see me preparing for my theatre tour !!! It was meant to be this year but hey ho ….. I’ve got longer to prepare now !”

Read more: Obese people aged 50 and over could be urged to shield

As Gemma states, she was meant to go on her one woman tour this year.

However, due to coronavirus restrictions it remains unknown when she will be able to make her theatre debut.

Don’t worry Darren !!! Il pay you 😂 listen to me and the wonderful @darrendayofficial have a sing song 🙌🏻 DIVA FOREVER and EVER @itvbe TUESDAY 9pm 🙌🏻 you can see me preparing for my theatre tour !!! It was meant to be this year but hey ho ….. I’ve got longer to prepare now !

How are the GC’s fans reacting?

Whereas a third user joked: “She’s baaaaaaaaaack” and another praised Gem with: “We love love love you. Keep killing queen.”

What’s more, Gemma has even teased that she’d love to take her show to Las Vegas.

She says she’d love to follow in the steps of Robbie Williams, Celine Dion and Mariah Carey.

All have had highly lucrative theatre residencies at top casinos on the Las Vegas Strip.

Just days ago she shared a snap of her enjoying a cocktail in a restaurant.

And she tagged the photo with: “Just planning my LAS VEGAS ONE WOMAN SHOW.”

Fans were obviously overwhelmed with the prospect – with many saying they’d fly out to see her in a heartbeat.

One fan gushed: “This would be our only reasonable excuse for a huns trip to Vegas xx” and another user posted: “Shall I book the tickets to Las Vegas now or later??”

Would you see Gemma on tour? Let us know on our Facebook page @EntertainmentDailyFix.