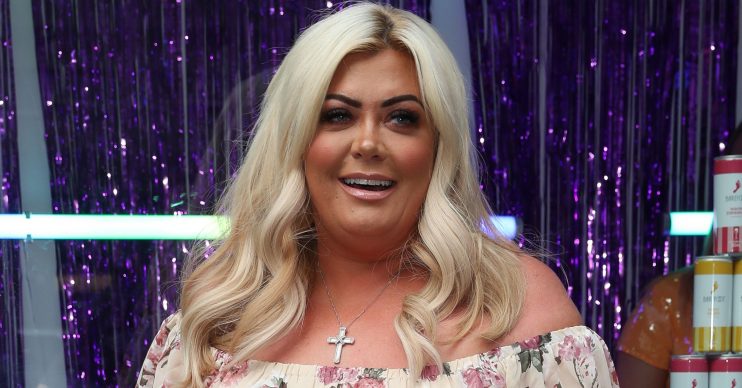 She wants to help the nation out!

Her catchphrases have been famous across the globe and now Gemma Collins is launching her own English dictionary.

The dictionary is a “jargon-busting guide for travellers” to help them avoid rip-off fees when buying foreign currency or spending abroad.

My loves – it’s happened. Dream. Come. True. 💋 I’ve created the #GCdictionary with @Transferwise So you don’t get mugged off by hidden fees in holiday money and get more bang for your buck!! Can’t wait for you to see it!! Video link in my bio! #ad ✈️

Speaking about the book, Gemma said: “It’s OUT-rageous that these sneaky companies are using confusing finance lingo to rip off Brits when they’re getting their hard earned holiday money.

“So I’ve taken it upon myself to help the nation out in true GC fashion!

“My GC dictionary means people won’t get mugged off by the jargon and can live that jet-set lifestyle for less.”

Meanwhile, Taavet Hinrikus, chairman and co-founder, TransferWise, added: “With deliberately confusing jargon and sneaky mark-ups, providers are purposely confusing travellers making it impossible for them to work out how much they’re really being charged, leaving them out of pocket.

“When it comes to regulation, currency exchange is still a wild west with a lack of transparency and no restrictions on how much can be added in hidden fees.

“With her straight talking, no-nonsense attitude, who better to shine a light on this issue than the GC herself.

“As someone who travels a lot, Gemma has experienced first hand what it’s like to get ripped off at an airport bureau de change and she’s really passionate about making sure Brits are aware of the currency traps.”

Here are the key phrases in The (Gemma) Collins English Dictionary.

0% Commission – “Swap £500 at the airport, and you could lose up to £100! That’s 10 bottles of bubbles, AT LEAST. Now that’s OUT. RAGEOUS. So avoid the airport Bureau De Change my darlings or you’ll go from Costa Del Sol to Costa Lot.”

Mid-Market Rate – “These sneaky companies are hiding fees in their own made up exchange rates and not giving you the real Mid-Market Rate. So, make sure you’re getting the real rate you see on Google. That way, the only thing being ripped off will be your bikini.”

Dynamic Currency Conversion – “DCC is nothing as fabulous as the GC. It basically means ‘pay in pounds’. You might see it when you’re using your card or at an ATM or in a restaurant.

Read more: Gemma Collins reveals that she is set to return to Dancing On Ice

“But let me tell you huns, they’re having you on. They actually charge you MORE for paying in pounds. So stick to paying in the local currency, or you’ll have Piña-co-NADA left to spend!”