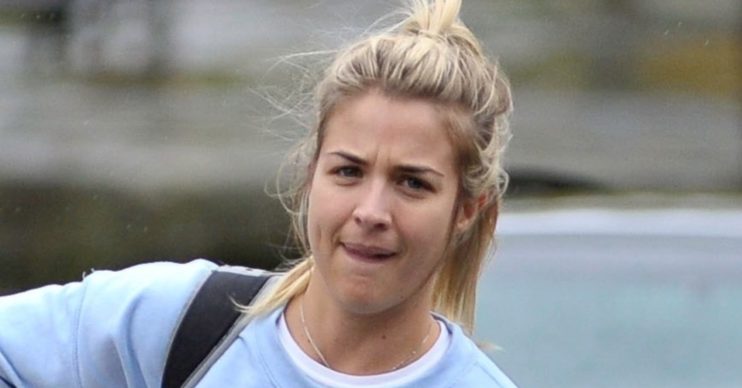 Gemma Atkinson has received praise from her followers after sharing a ‘tough to watch’ clip of a man suffering a cardiac arrest.

The former Hollyoaks actress, 35, took to Instagram to share the video and told her followers that it’s what happened to her dad when she was a teenager, only he didn’t recover.

What did Gemma Atkinson say about her dad?

In the caption of the video, originally posted by the British Heart Foundation, Gemma wrote: “This is what happened to my dad when I was 17, only he didn’t recover. He passed away and our lives changed forever.

“Thanks to the @the_bhf Mark’s story has a happier ending and the research they are doing will help thousands more. I’m so proud to be an ambassador for this wonderful charity. Repost @the_bhf.”

The caption continued: “This footage was filmed before the Covid-19 outbreak but shows the reality of an out-of-hospital cardiac arrest. Karate instructor Mark, was filming a sparring session at his local club when he suffered a cardiac arrest.

“His collapse was caught on camera. #RestartAHeart.”

The clip shows the man collapsing before others come to his aid to administer CPR.

What did Gemma Atkinson’s fans say about the clip?

In the comments of the video, shared on Saturday (October 17) morning, fans praised Gemma for sharing the important footage and message with her social media followers.

This is what happened to my Dad when I was 17, only he didn’t recover.

Another said: “Gosh, this sent shivers through me, the quick thinking from the others with Mark ultimately helped to save his life. I’m so sorry for your loss, Gemma, and thank you for continuing to raise awareness.”

A third put: “Great charity to be working with. They do great work.”

Ex Hollyoaks star explained how she coped with grief

The Strictly Come Dancing star has previously spoken on Instagram about losing her dad.

She wrote: “My dad passed away very suddenly and unexpectedly. It was horrendous and I used to look back and wonder how I coped. I’ve realised I got through it because when bad things happen that you can’t control, you have two options.

READER SURVEY: Which supermarkets are you currently shopping at?

“Option one is to be sad and angry and grieve as expected, then in your own time, process it and carry on.

“Option two is to be sad and angry and grieve as expected but never process it and never move on.”

What are your thoughts on the British Heart Foundation video? Leave us a comment on our Facebook page @EntertainmentDailyFix and let us know.