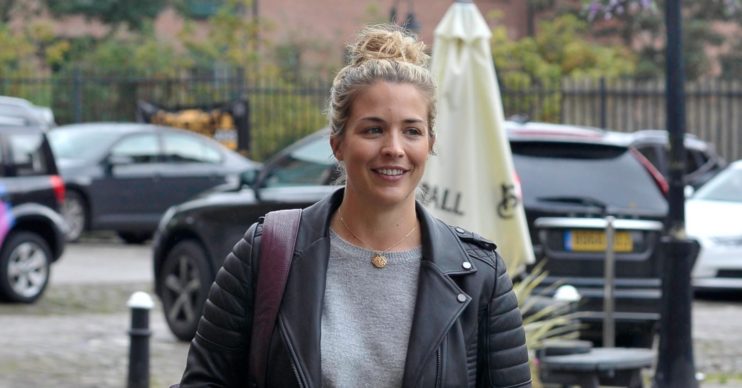 Gemma meets her "nemesis" in the gym

Gemma Atkinson has been wowing fans with her love of exercise, including taking on box jumps.

In her latest Instagram video, Gemma demonstrates the seemingly easy exercise but it’s trickier than it looks. In fact, it can cause injuries!

Gemma Atkinson shows off workout in her home gym

The former Hollyoaks actress wrote: “My nemesis. You know what happened last time I did my box jumps, I fell.

“I scraped my shin, hurt my lower back and looked a bit daft in the process.

“HOWEVER! The only way we get better at stuff is to get up and get back to practicing. So that’s what I’m doing.”

In the video Gemma heads to a box jump and manages to do five before a beeping can be heard in the background. Gemma explains in the video: “That’s the assault bike reminding me I’m back on!”

My nemesis 😩 You know what happened last time I did my box jumps 🤦🏼‍♀️ I fell. I scraped my shin, hurt my lower back and looked a bit daft in the process 😂 HOWEVER! The only way we getter better at stuff is to get up and get back to practicing. So that’s what I’m doing 💪🏼

Fans praised her efforts in the comments and shared some of their own fails. One wrote: “I fell a few weeks ago and had a right bruise and cut.. Carried on.. if I didn’t I wouldn’t have gone back on!! You smashed it.”

Another added: “It’s all in the mind isn’t it. I was doing them easily before lockdown and when I went back to the gym I really struggled mentally to do the first one. But once you do a couple they are easy again. Well done for overcoming the fear!”

A third shared: “I’ve the fear after a fall now won’t do them.”

One fan even joked: “Experience is the best teacher. Can you do them wearing cricket pads?”

Gemma opens up about mum guilt

Earlier this month, Gemma opened up about heading back to work and feeling guilty about leaving baby daughter Mia.

“I’m always torn when it comes to leaving Mia for work as I’ve been totally spoilt having my mornings with her but I also love my career and job opportunities and obviously want to show her the importance of working.

“Mental torture at times this parent stuff ain’t it?”

Gemma gave birth to daughter Mia in 2019, alongside partner Gorka Marquez. The pair met whilst filming Strictly Come Dancing in 2017.