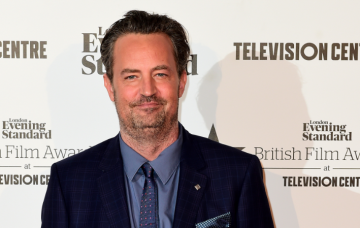 Friends’ Matthew Perry has been in hospital for THREE MONTHS

He's being treated for a potentially life-threatening condition

Last month, a spokeswoman for the actor, 49, said he under went an operation in Los Angeles and was “grateful for the concern and asks for continued privacy as he heals”.

On Friday, Matthew tweeted to say he was still in hospital.

He said: “Three months in a hospital bed. Check.”

Matthew found fame in the 1990s while starring as Chandler Bing in classic US sitcom Friends.

Alongside Jennifer Aniston, Courteney Cox, Lisa Kudrow, Matt LeBlanc and David Schwimmer, he was one of the most recognisable faces on TV.

Friends ended in 2004, but fans rejoiced when all 10 series were brought to Netflix in January this year.

Matthew previously said he would not want to take part in a Friends reunion because it would “ruin” the sitcom’s ending.

Have you been enjoying Friends again on Netflix? Leave us a comment onour Facebook page @EntertainmentDailyFix and let us know what you think.