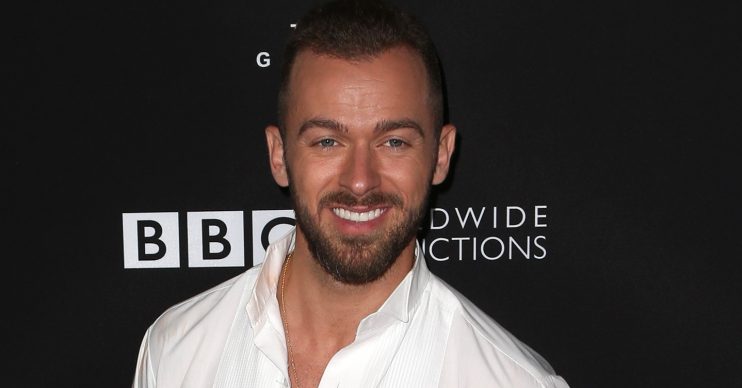 Artem’s fiancée is Nikki Bella, a retired WWE wrestler. The couple met when they appeared together on Dancing With The Stars, the US version of the BBC show in 2017.

Nikki and her twin sister Brie, also a wrestler, are the stars of their own reality TV series, Total Bellas. The sisters are obviously in synch with each other as Brie has revealed that she is pregnant as well. Not only that, she is due within weeks of her sister!

Artem, who joined Strictly in 2010, shot to fame when he won his first ever series, partnered with former EastEnders star Kara Tointon.

The couple lifted the Glitterball trophy, before admitting that they had become a couple off the dance floor too.

When their relationship broke down after four years, Artem moved to America. Kara’s now mum to Frey, one, with her fiancé Marius Jensen.

The Bella sisters, who star in their own reality TV series, Total Bellas, are shocked to be going through the experience alongside one another.

Nikki added: “I feel like I have a hangover every day. It’s crazy because I’m not going out and partying.”

In October last year, Strictly It Takes Two fans were delighted to see Artem pop up in a choreography slot and teach host Rylan Clark-Neal some nifty moves.

A month later, he proposed to Nikki on a romantic trip to France but they kept their happy news secret until earlier this month.

Now with a baby on the way – and a niece or nephew too – they have something else to celebrate. Artem gushed on social media after popping the question.

He said: “You are the best thing that has ever happened to me. So excited for what’s to come. I love you more than anything and thank you for saying yes.”

Congratulate Artem and Nikki or leave us a comment on our Facebook page @EntertainmentDailyFix and let us know what you think!