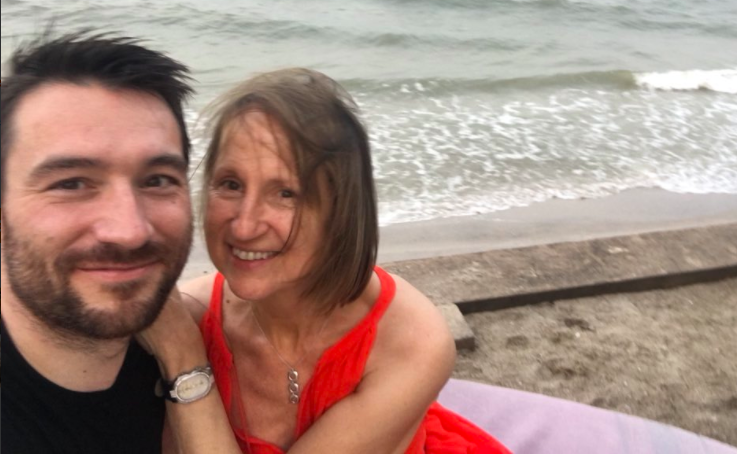 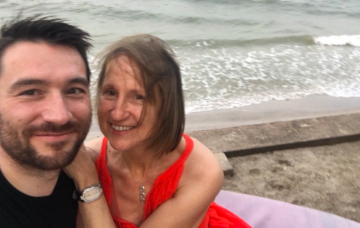 We love these two so much

Presenter Carol McGiffin has delighted fans with pictures from her 58th birthday, revealing she celebrated in style on holiday in Thailand.

Taking to Twitter, the former Loose Women star posted a series of photos showing she spent the day with her fiancé Mark Cassidy at a hotel.

Carol thanked the Anantara Hotel for her special birthday-themed bedroom, which featured balloons, a cake, and a special message on the bed itself.

She wrote: “Thank you @Anantara_Hotels #HuaHin for my two #HappyBirthday surprises!”

Hua Hin is a resort in Thailand and it looked like the hotel had gone all out to help the CBB star celebrate.

A final birthday picture came an hour later, from what looked like their sea front balcony.

Next to the last image – a selfie with Mark by the seaside – Carol wrote: “Birthday dinner with @cassola21 it was windy!”

Her nearly-half a million followers loved the insight into her personal life, writing: “You’re only as young as the man you feel, so I think that makes you a millennial. Happy birthday beauty.”

It comes after the TV star posted a romantic Valentine’s Day tribute to Mark, who she has been engaged to for nearly ten years.

Next to a photo together, she wrote: “Sweethearts forever…. Happy Valentines Day @cassola21.”

Carol recently admitted to having a soppy side in a column for Best magazine.

She admitted she “has faith in that instant recognition and love for one person by another that is so strong it feels as if you have known them or had a connection before – like in a past life.”

She added: “It’s the same as finding The One, that person you’re meant to be with but that not everyone is lucky enough to meet.”

Carol and Mark delayed their wedding date while Carol battled cancer, but she insisted last year the wedding was very much still on.

In an interview with Woman magazine back in 2015, she said of Mark: “It feels like we’re already married. We don’t need to get married – it’s that we want to.”

Mark added: “It’s just about being in love.”

And Carol told Bella mag the same year that she couldn’t imagine life without Mark.

“As soon as I met Mark, I just knew he was the one,” she said. “We kind of met each other at the right time.”

Do you think Carol had a fun birthday? Leave us a comment on our Facebook page @EntertainmentDailyFix and let us know what you think!