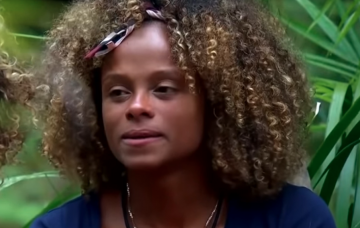 But is anyone really safe at this stage of the game?

Singer Fleur East will be the next I’m A Celebrity campmate to leave the jungle, according to the bookies.

The former X factor star is the strong favourite to be booted off the show tonight going by bet365’s odds, which put her at 10/11 to go.

John Barrowman could also be in the running to leave, with his chances of departing priced at 6/4.

But with only four celebrity contestants left on the ITV reality series, there doesn’t seem to be much between the final campmates’ chances of survival.

Read more: EVERYONE was in tears as Harry reunited with Sandra

Emily Atack, tipped early on during the show to last until the final stages, is rated at 5/1 to head home next.

But Harry Redknapp remains the strong favourite to win, with the oddsmaker putting the likelihood of him being reunited with wife Sandra for good later on this evening at 25/1.

The Chase’s Anne Hegerty, DIY SOS presenter Nick Knowles and pop rocker James McVey also failed to last the distance to be crowned King or Queen of the Jungle.

Read more: Why James McVey’s happy to be voted off I’m A Celebrity

Fleur, 31, has one of the biggest hits of the series, eager to take on Bush tucker trials and a beacon of positivity for other campmates to lean on in their lower moments.

But the Londoner has also come under fire from some viewers who have accused her of being “fame hungry” and determined to grab as much screen time as possible.

It is believed she will team up fellow campmate Emily Atack to appear on a kid’s show in the new year when she returns from the jungle down under.

Fleur and Emily are set to star alongside Pussycat Dolls star Kimberley Wyatt in new CBBC series Almost Never about a talent show.

Emily has a role as the mum of two of the show’s hopefuls while Fleur will make a cameo appearance.

Seems unlikely the ‘Bum, Thighs, Breasts, Nice!’ song will feature, though. Come on now kids, join in if you know the words…

If Fleur does go, who’ve you got to win?