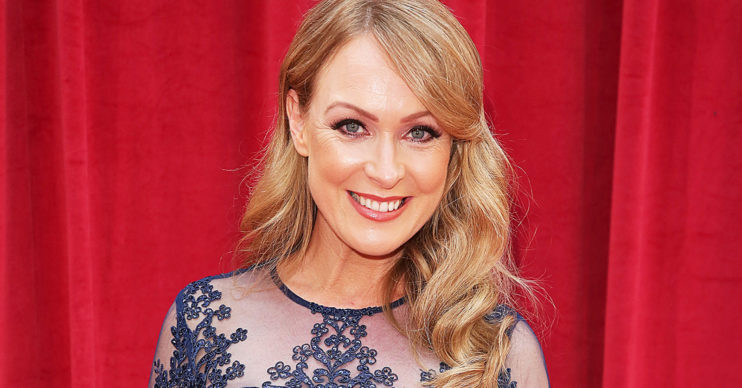 Emmerdale’s Michelle Hardwick ‘glows’ as she shows off pregnancy bump

Actress Michelle Hardwick has celebrated being seven months pregnant with her first child via a glowing Instagram snap.

The soap fave, who plays Vanessa Woodfield in Emmerdale, announced the news she and her wife, Kate Brooks, were having a baby in April.

The actress has now uploaded an Instagram snap as she marks heading into her seventh month of pregnancy. She captioned the picture: “Third trimester here we come.”

The snap showed the 44-year-old posing in her pjs with no makeup and showing off her growing pregnancy bump.

Followers were quick to comment on how ‘glowing’ the actress looked. One said: “You look absolutely stunning pregnancy suits you.”

Another commented: “Lovely photo of you and bump.”

A third said: “Wishing you and your wife all the best with the pending arrival. What a lovely time for you both in such a crazy time.”

The 44-year-old actress revealed her pregnancy in April in a cute photo on Instagram. In the Instagram snap, Michelle is seen clutching her stomach next to her producer wife Kate, who is holding their pet dog Fred.

This is the first pregnancy for the couple, who got married in September 2019 at Elvis Presley’s Graceland estate in Memphis, Tennessee.

For example, the star shared how hard her pregnancy has been in lockdown.

She tweeted: “Sitting in the shade with swollen feet, I’ve just sneezed and done a little pee. Pregnancy is everything I’d hoped for and more.”

The 44-year-old actress is due in October and has been struggling with pregnancy cravings. Back in May, she revealed her new taste for sugary treats.

However the craving for sugary sweets led many of her followers to think it’s a sign she’s having a girl.

However, Michelle and Kate have chose not to find out the sex before the birth. But followers still speculated on the possible gender.

One follower commented: “I think you’re having a girl.”

Meanwhile, the couple will find out in October whether their tot is a boy or girl.